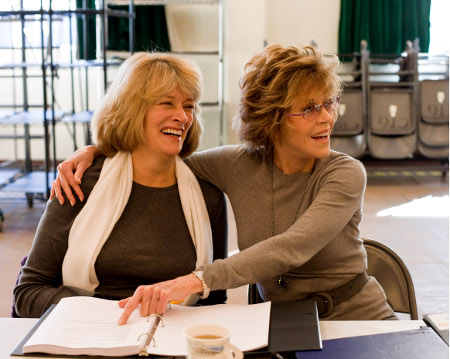 The sensational Jane Fonda — looking good enough to send us scampering to exercise class — in rehearsal for five-time Tony nominated production of “33 Variations,” opening February 9, 2011, at the CTG/Ahmanson Theatre.

The lovely actress on the left, reprising the supporting role she played in the New York production, is Susan Kellerman.

Fonda, a two-time Academy Award-winner, was nominated for a Tony Award for her role in the 2009 Broadway run of “33 Variations.” Those Broadway performances were the actress’s first in 46 years.

One comment on “Quiz: Find Jane Fonda in the photo”