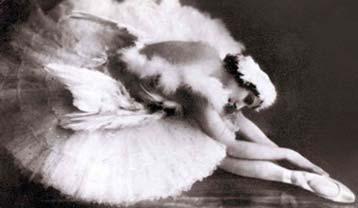 In the October 13, 2010 issue of The New Republic, dance critic Jennifer Homans queries, “Is Ballet Over?”

In her essay, Homans notes: “Ballet has always and above all contained the idea of human transformation, the conviction that human beings could remake themselves in another, more perfect or divine image. It is this mixture of established social forms and radical human potential which has given the art such range, and which accounts for its prominence in otherwise divergent political cultures. 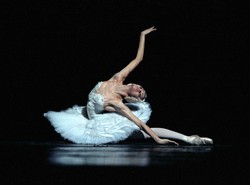 Today we no longer believe in ballet’s ideals. We are skeptical of elitism and skill, which seem to us exclusionary and divisive. Those privileged enough to obtain specialized training, so this thinking goes, should not be elevated above those with limited access to knowledge or art. We want to expand and include: we are all dancers now. Ballet’s fine manners and implicitly aristocratic airs, its white swans, regal splendor, and beautiful women on pointe (pedestals), seem woefully outmoded, the province of dead white men and society ladies in long-ago places.”

The editor of Dance Magazine, Wendy Perron, offers substantial push back in the form of a representative list of contemporary works that, while employing classical ballet vernacular, Perron asserts, connect well with audiences today.

If ballet’s not over, then “Black Swan,” Darren Aronofsky’s (“The Wrestler”) ghastly, weird, and woman-hating new ballet film must push it toward the edge of the cliff. I saw “Black Swan” this week, and it’s been nonstop inner turmoil trying to not be a twit and reject out of hand this ballet outsider’s tweaking of “Swan Lake.”

More on “Black Swan” to come.

One comment on “Ballet is dead. Long live ballet.”