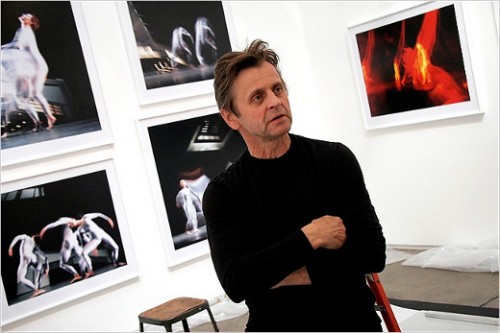 “Farewell Merce Cunningham Dance Company” weekend in Los Angeles was capped by a bonus performance in which Mikhail Baryshnikov appeared with the company.

It was a fundraiser for the Cunningham Dance Foundation’s “Legacy Project” and REDCAT.

Charles Atlas, with whom the choreographer collaborated on multiple video projects over thirty years, presented his film homage to Merce — a collage of extraordinary historic footage including Cunningham dancing near to his prime. A real, blasting reminder of what it’s all about.

While researching Misha’s special admiration for Merce, I came across Alastair Macaulay’s 2008 New York Times article on Baryshnikov’s photography of the Cunningham company.

Of particular interest is the audio slide show in which the Russian expresses his thoughts and feelings about Cunningham’s work.