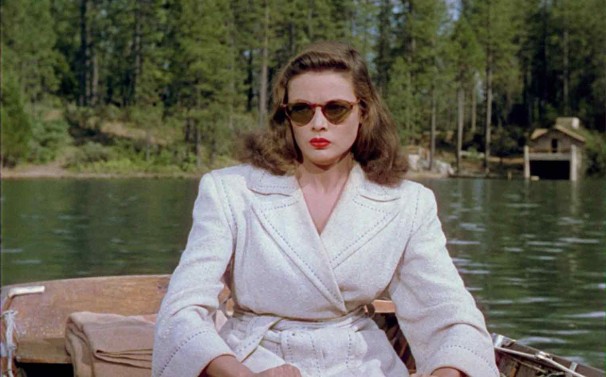 We enjoyed the restored LEAVE HER TO HEAVEN (1945) the Technicolor/noir-esque soap opera starring Gene Tierney and Cornel Wilde, a top-grossing 20th Century-Fox film of the 1940s that had kind of gone missing.

The love story-turned-sour reminds us of the negative trajectory of Flaubert’s Madame Bovary or, frankly, of the many noir potboilers in which a gorgeous, scheming woman pulls down a good-hearted but naive man.

Cinematographer Leon Shamroy won an Oscar for the film’s picture-postcard tour of Taos, New Mexico, Warm Springs, Georgia, and Bar Harbor, Maine. Depicting a sumptuous bourgeois existence amidst the most beautiful landscapes the country has to offer, the film serves as a roadmap for American middle-class aspirations that would explode in the 1950s. Interestingly, it’s all about taming nature. 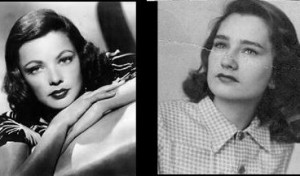 Gazing at the beautiful Ms. Tierney as she wafts through this film, we noted her striking resemblance to arts•meme‘s mother.

Or is it the other way around? 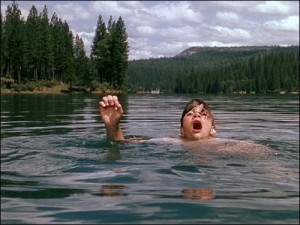 According to Hickman, the scene took three weeks to complete and left him with zero good feelings toward either Ms. Tierney or the film’s director John M. Stahl. The lake drowning anticipates George Stevens’ better known, gender-reversed version for Monty Clift and Shelly Winters in A PLACE IN THE SUN (1951).

One comment on “Icy Gene Tierney in blazing Technicolor”