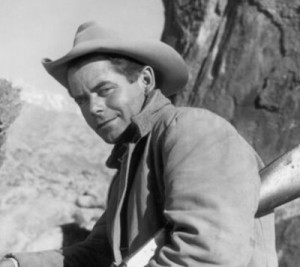 Yes when arts•meme isn’t kvelling over Mozart or Balanchine, she likes a good western!

Actor Ernest Borgnine, the prodigious character actor who co-stars with Ford and Rod Steiger in the film, chatted after the screening with film critic Leonard Maltin. The feisty Borgnine is still in fine fettle.

“[JUBAL] was a wonderful shoot,” he stated right up front. “The director, Delmer Daves, one of the least known men in Hollywood, was a gentleman of the first order and he made a beautiful picture.”

These were Borgnine’s emphatic opening words. “I’m so sorry to see westerns aren’t being made anymore,” he said.

How did an Italian kid from Connecticut learn to be a movie cow hand?

“There were no lessons,”  he said. “You rode. You had to. For a job. Everyone had to make westerns. We were happy to go out on location. You were just one of the group.”

He noted, “Glenn Ford was the most magnificent rider ever. He was a tremendous rider.”

Winningly referring to movies as “pictures,” he modestly ducked compliments on his outings in FROM HERE TO ETERNITY and THE WILD BUNCH. But when asked about his Academy Award-winning role in MARTY, Borgnine admitted: “I thought it was a good picture, too.”