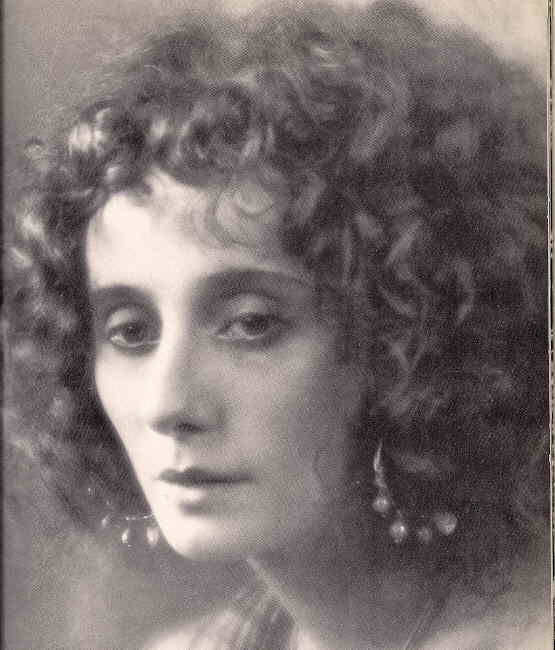 It was standard practice at Universal Studios in the silent film era to have observers on the set. We wrote about this in a previous post.

One movie star proved the exception to this rule. Not an actor, but a dancer. And not just any dancer, but ballet’s first superstar, Anna Pavlova, the great globe-trotting ballerina who in 1915 made her single feature film in Los Angeles.

As you see in the photo, Mme. Pavlova demanded — and received — a closed set.

“The Dumb Girl of Portici” (1916), a movie vehicle for the world’s prima ballerina assoluta, was significant for two non-Pavlovian reasons:

In a rare clip from “Dumb Girl” (dumb b/c she couldn’t talk), Pavlova cavorts a la Italiana. Watch it here.

Pavlova was traumatized by the haphazard results of her first and only feature film experience. Hollywood treated the ballerina roughly — stills show her tossed to the ground like a sack of potatoes, and in another still, she holds a basket containing a rat! 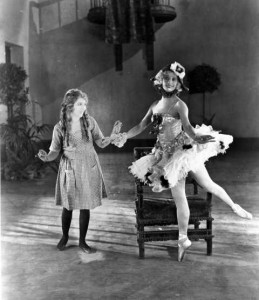 Mary Pickford, the film world’s first female millionaire, took an interest in capturing Pavlova’s fine art on camera. And so on a return visit to Los Angeles by Pavlova in 1925, Pickford arranged for a film crew to immortalize several of her famous ballet sketches in L.A. plein air.

According to Hugh Neely of Timeline Films, the filming took place on the Pickford-Fairbanks lot. United Artists partner Charlie Chaplin may have been consulted. Have a look.

Neely says: “We recently discovered a 16mm reissue of Pavlova in “The Dying Swan” that was released in the thirties with a (presumably) post-synced music track. The film is somewhat shrunken and needs work before it can be viewed, so I haven’t had the chance to look at it yet, but examination of the opening frames appears that it may be much sharper than what is on view on youtube.”

In the photo above (click on it) “America’s Sweetheart” encounters Anna Pavlova. Two strong, gifted, competent women dressed as urchins. Kind of sad. Pavlova normally did not look like this; she  hewed to a very naturalistic look.

Here’s another look at the spiritual Pavlova before H’wood make-up artists glammed her up.