“The Art of the Steal” @ LACMA 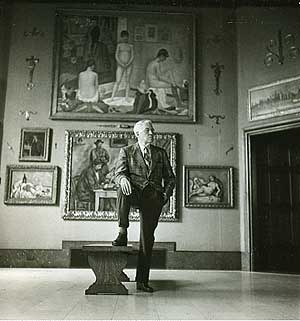 The Barnes Foundation, established in 1921 by collector Dr. Albert C. Barnes, holds one of the world’s largest collections of impressionist and post-impressionist paintings, valued at 25 billion dollars.

The documentary, “The Art of the Steal,” raises provocative questions about money, culture, and ethics as it chronicles the legal and political efforts used to break Barnes’ will in order to move the collection to the Philadelphia Museum of Art.

The film names names and includes gloves-off commentary by talking heads like Christopher Knight, art critic of the Los Angeles Times. It’s unforgiving in its perspective and I found it fascinating.

A panel, moderated by LACMA curator Stephanie Barron and including the film’s director and critic Knight will follow the screening.