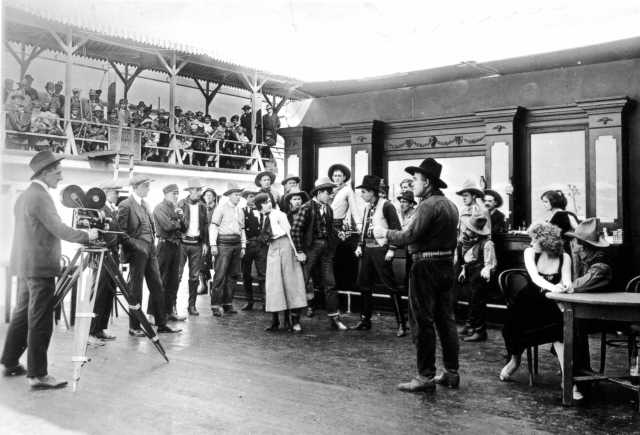 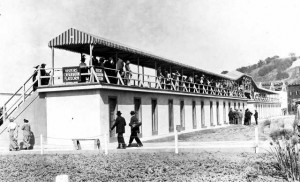 Universal’s tradition eventually led to the lucrative “studio tour,” aka “theme park” now on offer in the Cahuenga Pass. 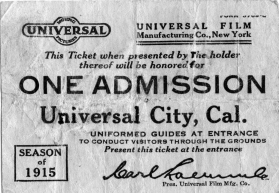 Universal publicity department missive, circa the 1960s read like this:

“From having initially looked down on picture people in their midsts, Los Angeleans soon were as converted to movies and their magic as the rest of the country and began to clog locations where films were being shot.”

“Universal Studios, located in a city unto itself and bearing its name, invited tourists to come and watch how pictures were made.”

“This scene is at Universal City, 1916, when ‘rubberneck wagons’ made regular trips from Los Angeles to Carl Laemmle’s studio. By 1918 the studio discontinued this policy having found the nuisance factor outweighing the financial and social gains.

“In the late 50’s when movies were in a serious slump and film companies were in danger of going under, UNIVERSAL revived this practice, charging admission and reaping a fortune as new generations proved just as fascinated by ‘how movies were made’ as their forbears.”