Saving the village: our struggle to save LACMA’s film program 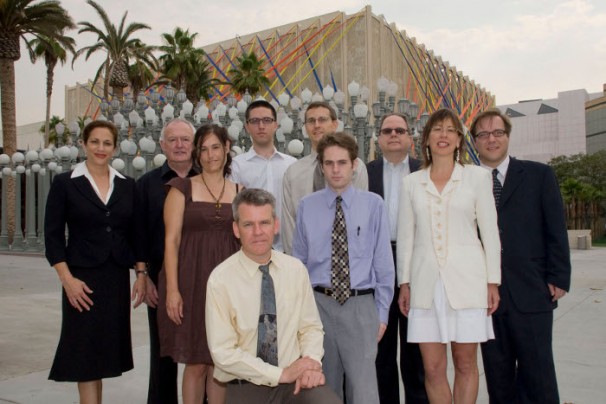 On 28 July, 2009 the Los Angeles County Museum of Art (LACMA) announced that CEO Michael Govan’s vision for more comprehensive treatment of cinema at the museum required the axing of a superb 40-year-running film program. That kind of logic reminded me of the Vietnam War general explaining that the U.S. army had to “destroy the village in order to save the village.”

But our little hamlet of Los Angeles — well, okay, 4,000 of us on Facebook and 3,000 signing an online petition — wasn’t having it. Using our best manners, good grammar, Internet social networking tools, and a great deal of tenacity and self-restraint, we successfully prevailed upon the museum to reverse course and restore our beloved program. 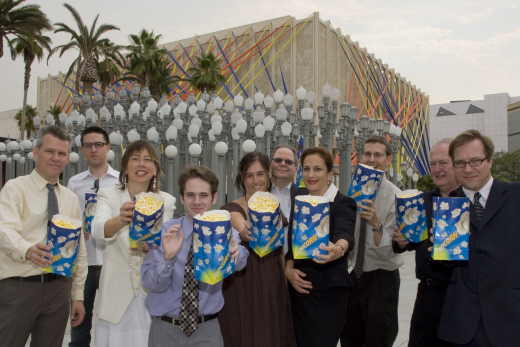 We never believed it was about money. Beyond LACMA’s $74 million annual budget, of which the film program eats $200,000, Mr. Govan is spearheading an unprecedented fundraising effort of $25 million to install a hanging locomotive atop the museum’s main building.

[The public funding component of LACMA’s budget is addressed in this Los Angeles Times article.]

At the September 1, 2009 “Popcorn Summit” (our coalition pictured above on the LACMA campus), Doug Cummings, my smart film critic partner, and I presented Mr. Govan with the petition. This we did with pride.

We had amazing press coverage in the Los Angeles Times, Time magazine on-line, and the New York Times. But the piece de resistance was a beautifully written, highly personal article by David Mermelstein in the Wall Street Journal.

It was an extreme pleasure to collaborate with fellow Angelenos and make new friends across the country and the world on the campaign. It has been a whirlwind, a privilege, and an honor. Bottom line: We succeeded!

Incidentally, 2009 marks my twentieth year living in Los Angeles. I see new life, new connection, and new possibility for community around a shared love of the arts. Thank you, everyone, for your energy, support and friendship. I’ll see you at the movies.