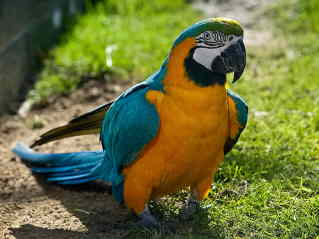 It’s bleeding demised. It’s passed on. This parrot is no more. It has ceased to be. It’s expired and gone to meet its maker. This is a late parrot.

It’s a stiff! Bereft of life, it rests in peace! If you hadn’t nailed him to the perch, it would be pushing up the daisies! Its metabolic processes are now history! It’s off his twig, kicked the bucket, it’s shuffled off his mortal coil, run down the curtain and joined the choir invisible! This is an EX-PARROT!

Marvelous cast — highly recommended — but only if you want to forget your troubles and laff out loud hard.