The love story of Jacob and Rachel inspires a unique dance/music event at Wadsworth Theater next Tuesday May 19. It’s an occasion rich in Los Angeles cultural history.

It’s also a joyous one — the delayed premiere of a colorful, full-bodied ballet score written by composer Eric Zeisl in 1954.

The original performances in the fifties were an intended collaboration with choreographer Benjamin Zemach. They were cancelled for lack of funds, adding further frustration to Zeisl’s unreasonably stymied career in Los Angeles.

I write about the Austrian emigre’s challenges living in L.A. in the Arts & Books section of this Sunday’s Los Angeles Times. 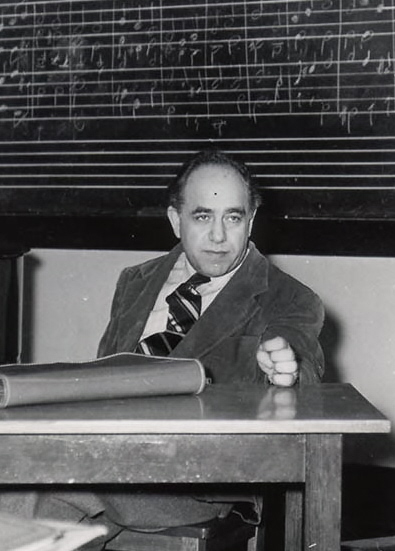 who is also the grandson of composer Arnold Schoenberg. Randy and his music partner Dr. Noreen Green, the conductor/founder of Los Angeles Jewish Symphony, hooked up with a promising contemporary dance troupe called BODYTRAFFIC to update the Zeisl/Zemach performance slate of the 1950s.

It all bodes well. I like BODYTRAFFIC. It’s helmed by a smart duo, Lillian Barbeito and Tina Berkett, who have danced with the best (Lillian at the Juilliard School; Tina with Baryshnikov’s contemporary dance troupe, Hell’s Kitchen Dance). These two women staged a spendid evening of high art at Sinai Temple in January that also featured live music: Arnold Schoenberg’s string sextet Verklarte Nacht. It was an amazingly ambitious effort and I thought it came off very well.

Please attend the performance and send me your comments. Alas, I won’t be there. Instead, I’ll be drinking in the Ballets Russes centenary at Boston University.