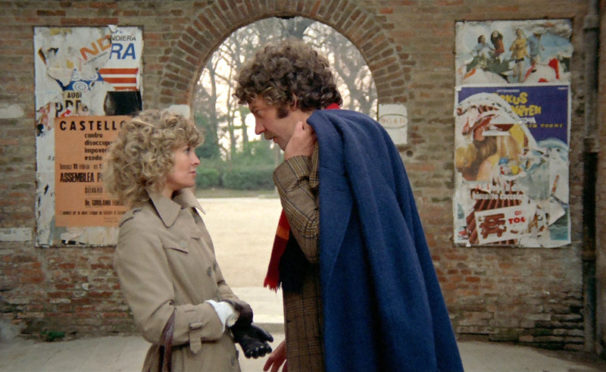 A fitting tribute to British director Nicolas Roeg, the man who just fell from Earth passing away on November 23, 2018, at age 90 is a screening of his eerie, atmospheric thriller from 1973, ‘Don’t Look Now.’

The New Yorker recommends the film. But, in Los Angeles, we have a big-screen viewing of it, with an audience, on December 18, courtesy of Laemmle Anniversary Classics.

Roeg, who began as a master cinematographer, had a distinctive visual style that received perhaps its most brilliant expression in this suspenseful film adapted from a story by Daphne Du Maurier, the author of ‘Rebecca.’ Screenwriters Allan Scott and Chris Bryant retained the basic premise of the story but embellished and expanded it under Roeg’s guidance. 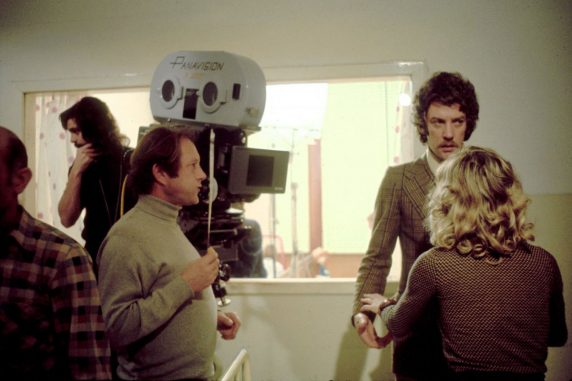 Julie Christie and Donald Sutherland play a married couple whose young daughter drowns in the movie’s opening scene. A few months later, they are in Venice, where Sutherland is working to restore an old church. But they are still grief-stricken and traumatized, and when they meet two elderly sisters who claim to be able to communicate with their dead daughter, the couple embark on a supernatural journey that takes them in unexpected directions. 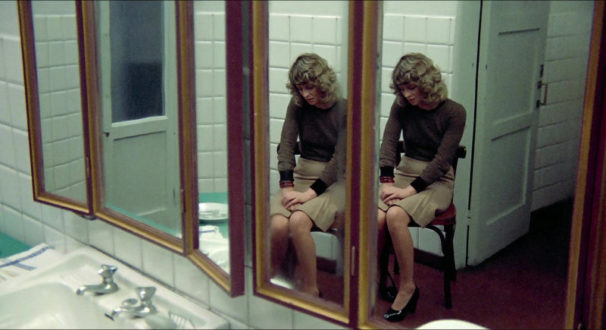 Roeg oversaw some of the astonishing second unit photography in ‘Lawrence of Arabia’ before graduating to cinematographer of such films as ‘Fahrenheit 451,’ ‘Far from the Madding Crowd,’ and ‘Petulia’ (all starring Christie). He made his directing debut (sharing credit with screenwriter Donald Cammell) on the Mick Jagger film ‘Performance.’ Other memorable Roeg films include ‘Walkabout,’ ‘The Man Who Fell to Earth’ with David Bowie, and ‘Bad Timing,’ which teamed Art Garfunkel with Theresa Russell, the actress who became Roeg’s wife and the star of many of his late films.

The director’s nonlinear storytelling and visual acuity had a tremendous influence on other directors, including Danny Boyle, Steven Soderbergh, and Martin McDonagh, who have all paid tribute to Roeg’s gifts.