Marilyn could play comedy, or drama, according to her directors 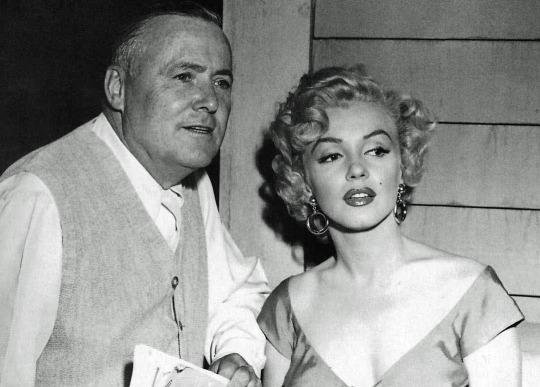 I think her whole life might have changed in Darryl Zanuck would have let her  … I wanted to do Of Human Bondage with Marilyn and Jimmy Dean way back then … because after I did that picture with her [Niagra] I found her marvelous to work with, very easy to direct and marvelously, terrifically ambitious to do better. And bright, really bright, in learning. She may not have had an education, but she was just naturally bright. But always being trampled on. You talk of Rita [Hayworth] being trampled on by men. This little thing was trampled on by bums! I don’t think anyone ever treated her on her own level. To most men she was, I won’t say a bum but something that they were a little bit ashamed of, to put it bluntly even Joe DiMaggio.

If she had been allowed to do this picture, it would have put her in another category. I think she would have been absolutely marvelous doing it. But Darryl said, “Jesus Christ, how can you think of it! How can I say I’m putting Marilyn in a very sensitive Bette Davis-style play?” 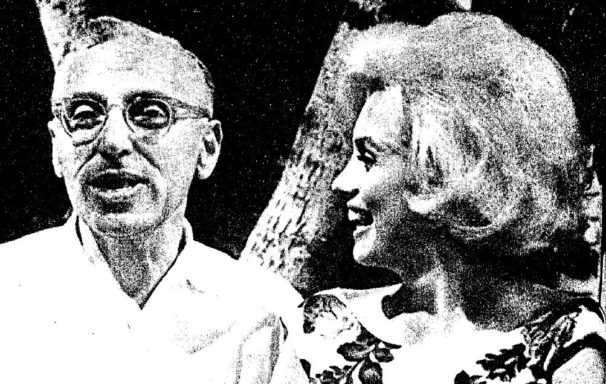 George Cukor, on MM as comedienne:

She had this absolute unerring touch with comedy. In real life she didn’t seem funny, but she had this touch. She acted as if she didn’t quite understand why it was funny, which is what made it so funny. She could also do low comedy–pratfalls and things like that–but I think her friends told her it wasn’t worthy of her. As a director, I really had very little influence on her. All I could do was made a climate that was agreeable for her. Every day was an agony of struggle for her, just to get there. It wasn’t just willfulness, it was … like the comedy, something she didn’t seem to understand. In certain ways she was very shrewd. I once heard her talk in her ordinary voice, which was quite unattractive. So she invented this appealing baby voice.