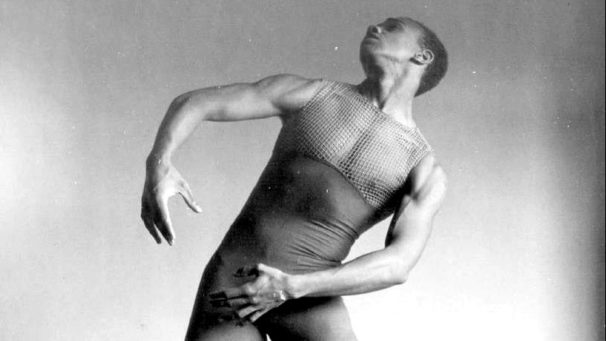 This stunning shot of the young dancer, Donald McKayle, is one of many such portraits on display in an exhibit at the University of California, Irvine, where McKayle was a longtime, distinguished Professor of Dance.

McKaye, who signature works, “Games” and “Rainbow ’Round My Shoulder” mark his status as an American dance treasure, was also the first black artist to direct and choreograph major Broadway musicals, including “Raisin,” which won the Tony for Best Musical in 1974, and 1981’s “Sophisticated Ladies.”

In a touching comment in the Los Angeles Times Jennifer Fisher, an associate professor of dance at UCI and a former colleague of McKayle, is quoted as saying, “Not hearing him sing in the halls is hard.”

Indeed not having Donald McKayle in our world is hard. He died April 6, 2018.