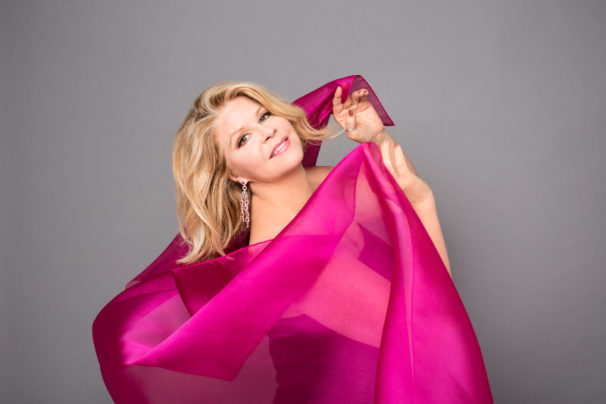 Ed. note: arts·meme is delighted to excerpt an interview with L.A. Opera guest singer Susan Graham. The interview, conducted by Gary Murphy, was first published by the Opera League of Los Angeles.

In June 2018, Graham took on another iconic role at Opera Theater of St. Louis performing Regina Giddens in Marc Blitzstein’s 1945 opera, Regina, based on Lillian Hellman’s The Little Foxes. Reviewing this performance, The St. Louis Post-Dispatch labeled Graham, “an imperious force of nature.”

So it’s terrific news for LA Opera audiences that this November she’ll tackle another role debut as the Witch in L.A. Opera’s revival of Hansel and Gretel, directed by Doug Fitch and conducted by James Conlon.

Susan Graham: When I started what I called my “big girl parts” in my early 40s, I started to sing Iphegénie and Didon, having graduated from Cherubino, Sesto and Dorabella. Fast-forward 15 years and Regina appears. It’s a chance to flesh out a character with vocal colors, not to mention crackling dialogue. I played Regina with lightness and a distinct sense of humor, but I was also able to turn on a dime and rip you to shreds … if Regina needed [me] to.

The moment I picked up the score, I knew exactly who she was: a strong-willed and determined woman who didn’t have as many tools in her toolbox as her brothers did. She had to resort to other skills. Manipulation for sure: sweet when she needs to be sweet, and a viper when she needs to be, and a viper even when she doesn’t need to be. For me, it was so much fun to go outside the box.

Many audience members told me, “You know, it’s weird, and I don’t feel too good about myself, but I was rooting for you by the end.” I think it’s because people saw Regina’s desperation, the clever scheming and the lengths she was willing to go to best her brothers who were rather unctuous and unlikable. So they liked me by default. 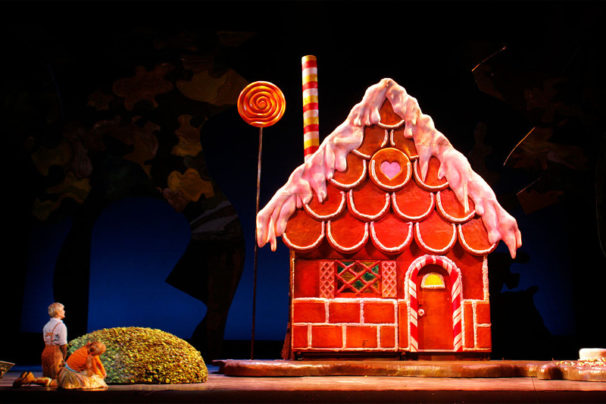 GM: Your next role, the Witch in Hansel and Gretel, another not so likable character, kidnaps children, bakes them, and turns them into gingerbread cookies.

SG: Honestly, as we rehearsed Regina, I was thinking, “Is Regina even likable?” And I thought, “No, and I don’t care.” It’s okay to play a character who is not likable.

So is the Witch a likable character? I’ve never seen a production of Hansel and Gretel where you hated the Witch all the way through. Because she must have some sort of attraction for children—other than her delicious candy house.

Doug Fitch told me his version of the Witch is a bit like the film, What Ever Happened to Baby Jane?. She is not an inherently evil Witch who wants to eat children but rather a sort of a psychotic woman who wants to capture and preserve her childhood forever. Does she want to eat the gingerbread, or does she turn them into cookies so they become like museum pieces? She’s slightly creepier than evil. And with Doug’s costumes that include a big pink dress and blonde pigtails, she is like an overgrown little girl. With my height [Graham is just under six feet tall], she’ll be really overgrown.

GM: The Witch is a role debut, but had you performed Hansel and Gretel elsewhere?


SG: Actually, the very first role I sang for any kind of paycheck was “Hansel.” It was while I was at Manhattan School of Music and my friend James Toland was running the Eugene Opera in Oregon. He also worked at Texas Tech University where I had done Hansel as an undergrad. He invited me and my friend who sang Gretel to come to Eugene and do two performances during Christmas time. And I never did it again.

And now here we are with the Witch. I call this my take-no-prisoners phase of my career. I think—a lot of people asked me about Regina, and I think it applies to the Witch too—I feel that I’ve spent thirty years proving myself and proving that I could sing all those beautiful Mozartian and French lines, and all that gorgeous Strauss. There was a lot of Regina that wasn’t pretty and there’s a lot of the Witch that isn’t pretty.

The men who sing the Witch usually do the whole thing in a character voice. I’ve not decided if that will be for me, but it all will become clear as we get into rehearsals. I love Humperdinck’s score. The Witch is written in a female range, so I think I’ll be me for some of it and choose to get a little crazy at other parts.

GM: Hansel and Gretel runs during the holiday season, so most likely the audiences will be filled with families and children.

SG: Well, one of my stepchildren will be in the chorus. She just turned 12 and has been a part of the LA Children’s Chorus for several years. She’ll be one of the children at the end. Talk about your stepmother being a witch…!