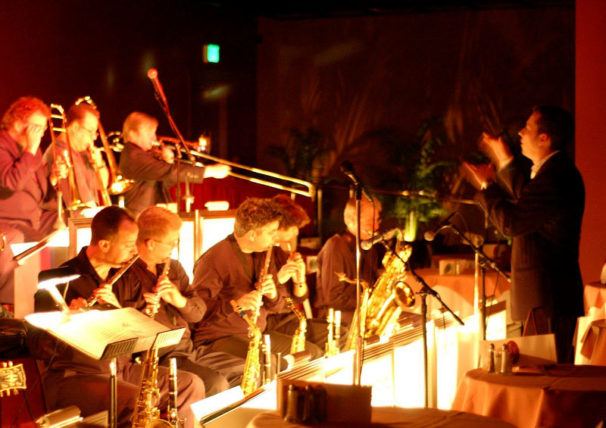 Chris Walden is the most ubiquitous musician you’ve never heard of, but whom you’ve heard everywhere. He’s one of the busiest of the current Hollywood composer-arrangers, and just a sampling of his recent album credits includes Michael Bublé, Jessie J., Michael Bolton, and Celine Dion. His film and TV writing is voluminous (your kids hear him on “Hotel Transylvania 3,” among other shows). His demanding work load may be a clue as to why his outward public profile is scant. The upcoming Chris Walden Big Band show at the Wallis, October 27, is an occasion to hear this practicing master and his band of A-list musicians. 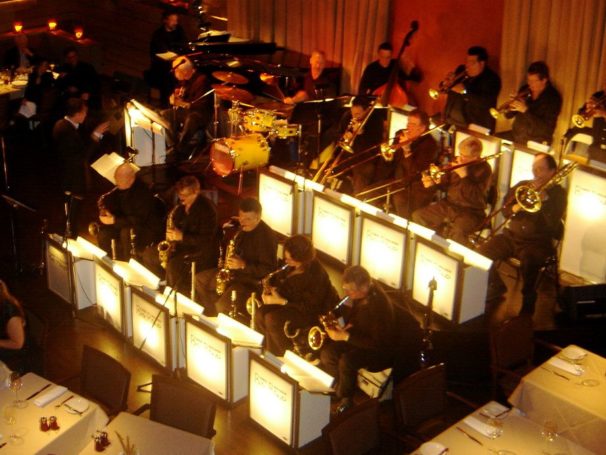 Open up Walden’s last CD release, Full-On! (Origin, 2014) and there’s a picture of the legendary recording engineer Al Schmitt at the Capitol studio board. Pick the disc off the Lucite divot and there’s a photo of the Capitol Tower underneath it. Walden is using music associated with the Rat Pack—singers Frank Sinatra, Dean Martin and Sammy Davis, Jr. and arrangers Nelson Riddle, Don Costa and Marty Paich–as the Wallis evening’s theme. It’s music that’s near and dear to Walden’s heart. 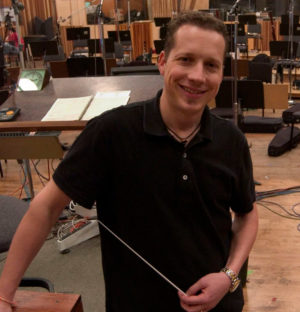 Born in Germany in 1966, Walden is an unlikely standard-bearer for what is essentially a California sound. As a trumpet-playing teenager during the disco years, Walden was turned on and tuned in to big band sounds—especially the Sinatra and Riddle recordings of the late 1950s and early 1960s. “I was very aware of that music in my teens,” says Walden, speaking from his office in the Tower. “I didn’t hear it as West Coast at the time; I just heard it as American. I knew Los Angeles was the hub for this music, and that’s what drew me to L.A.” He moved west in 1996 on an assignment for a TV awards show, and in 2006, Walden characterized his prior period in New York as a place with work for players, but not necessarily for composer-arrangers.

“Most of my music is recorded in the Capitol studio downstairs,” Walden points out. “And the musicians I’m bringing to the Wallis are the same ones who have recorded with me for the last 20 years. We’re extending the Capitol legacy.” Al Schmitt’s steady hand is a tangible part of that legacy. “He set the standard for recording big band sounds,” Walden says. “I’m not an engineer but I’ve learned so much from him over the years—how he sets up microphones records the sections and individual soloists. Al is almost a father figure to me.”

Walden’s band boasts world-renowned players like trumpeter Wayne Bergeron, trombonist Bob McChesney, and saxophonists Greg Fields and Kim Richmond. For the Rat Pack show, he’s augmenting it with vocalists: Patrick Tuzzolino, Jane Monheit, Billy Valentine, and Nita Whitaker. Walden points out that Whitaker’s demo version of “I Will Always Love You” was a template for Whitney Houston’s iconic recording. “I’m very loyal to them,” Walden specifies. “I use them on my sessions, and most of them have been with me for many years.” As an after -hought, he adds: “I’ve never really fired anyone.”

Unlike the other singers, Monheit is featured performer on some of the world’s biggest stages. Her silky voice, jazz harmonies and swinging feel make her one of today’s best-selling jazz vocalists. “We’ve known each other for a long time,” Walden says, “but this is the first time working together. The Wallis gave me a budget — and she’s been on my bucket list for quite a while.” 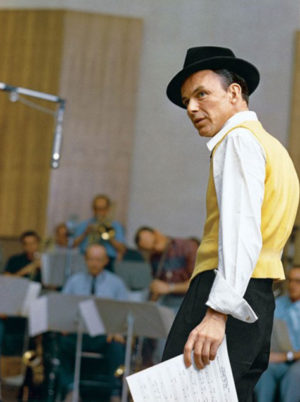 For material associated with Frank, Dean and Sammy, Walden looks to the arrangers and orchestrators, rather than the vocalists. “Nelson Riddle, especially,” he claims, “pretty much defined how Sinatra worked with arrangers. We’re not doing impersonations,” he cautions. “The singers I’m using are all stylists on their own merits. But they’re such great musicians, they’re able to tap into what great singers like Sinatra and Dean could do.”

How does Walden characterize the Rat Pack sound? “The way he phrased and back-spaced,” he says, “Frank sang like a horn player. He sang the melodies like Tommy Dorsey played them. It was a care-free sound, and I think that carried over to Dean and Sammy. But that light-hearted spirit hid great musical chops.”

That sound is never far from Walden, whatever musical project he’s involved in. “The Capitol Studios are absolutely great for recording strings and horns,” he states. “And three years ago, I finally got an office here; this is where I do my writing. I come here every day at nine in the morning. I’m so aware of the history that has happened in this building, I pinch myself when I walk down the halls. It’s the place I want to be.” 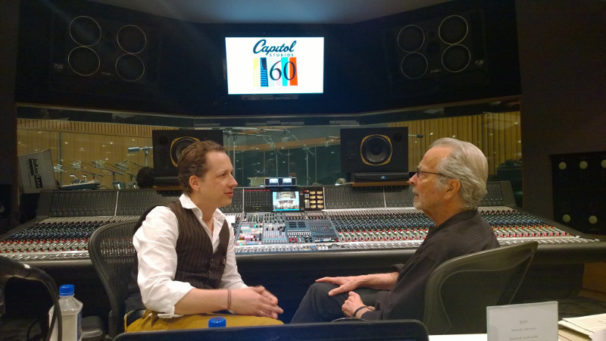