In memoriam: ‘Still trying to get Paul Taylor’s jump right’ 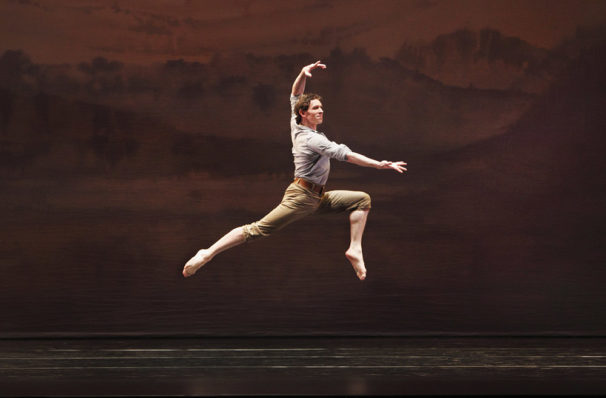 Ed. note: A guest writer, Sean Mahoney, pictured above, submitted this personal reminiscence of his work with the great iconoclastic choreographer Paul Taylor (1930 – 2018). Mahoney, who began his association with the Taylor organization in 1994, has been a member of Paul Taylor Dance Company since 2004.

I was in rehearsal and Paul was slumped in his favorite chair, having his Nth cigarette. He asked me to do a jump that involved twisting my torso in one direction, my hips in another, my knees that way, my arms this way… I can’t remember how many attempts I made before my frustrated boss snuffed out his cigarette and got out of his chair. The room went dead silent. 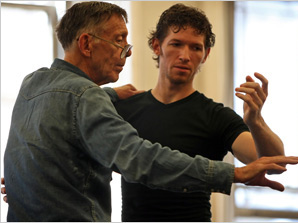 As he stood, his “C”-curved spine straightened like a cobra getting ready to show its intimidating hood. He went from 5’10” to ‘6-foot-infinity.’ Because I watch nature programs, I knew to stand stock still. A cobra won’t strike unless provoked.

He walked over to me and quietly said, “like this,” then jumped in the air creating a shape that seemed to defy logic. “Okay?” he asked, not looking at me, and then shuffled back to his favorite chair to light another cigarette.

I still to this day have no idea what I witnessed. I gave his request yet another attempt. He smiled, gave me a wink, and continued onto the next set of dance moves. Did I do what he wanted? Did he give up and move on? Nobody could move like Paul. Nobody. What he wanted to see from me was intent and determination. While my shape in the air accomplished 80% of his goal, my determination to achieve his goal was exactly what he was looking for.

I’m still trying to get that jump right.