Bob Fosse ‘wunderbar’ in MY SISTER EILEEN at retrospective 5

It came as a mild surprise even to arts·meme‘s Debra Levine, despite delivering a talk, “Bob Fosse, Dancer,” prior to the two movie musicals (both named for ladies!) screened on August 25, 2018 at UCLA Film & Television Archive’s “Fosse, Fosse, Fosse!” retrospective.

First up was KISS ME KATE (MGM, 1953), the Hollywood version of the Broadway show, an uneven and lumbering film despite its marvelous Cole Porter score (including the soaring “Wunderbar“). Dance history happened when Fosse, then a contract dancer working for choreographer Hermes Pan, got the go-ahead to fashion his own duet with Carol Haney for “From This Moment On.” A choreographer was born.

Then came the discovery of the evening: how delightful, lithe, appealing, and talented a star in a major speaking role was Robert Louis Fosse, aka Bob, in MY SISTER EILEEN (1955). 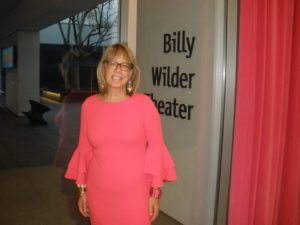 The flick, a Columbia Pictures adaptation of the source material of Broadway’s “Wonderful Town,” with new (and markedly forgettable) songs by Jule Styne and Leo Robin, followed the 1942 Rosalind Russell version also made at Columbia. A cast of sincere character actors — Janet Leigh, Betty Garrett, Jack Lemon, Fosse, and Tommy Rall — populate the world of “Eileen.” And they give full throttled commitment to Fosse in his first major film-choreography credit. 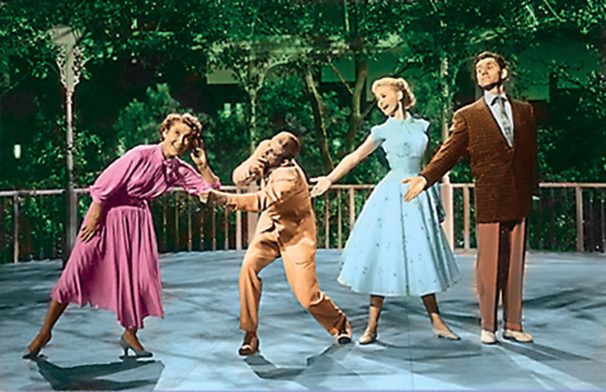 As does the girl’s best friend, Frank Lippencott, played by Mr. Fosse, not as the “soda jerk” he truly is, but as a ‘drugstore manager.’ Fosse shines in this film acting, singing, dancing … and in his easy-peasy choreography, particularly the gazebo dance (ahem, wherefore the gazebo in New York City?). His adept cast has full dancing cred, as it includes Garrett (who studied and danced with Martha Graham), Janet Leigh (who had a movie musical follow-up in Bye Bye Birdie), and the great film dancer Tommy Rall. 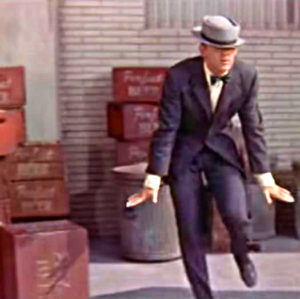 Film’s most renowned number in “Eileen” is the testosterone-charged “Alley Dance,” in which Fosse challenges, and to my eye, outdances the estimable Rall, making the number an illustration of the future dancing with the past.

That Fosse was in tip-top form in this movie was confirmed by mega dancer Barrie Chase, who after attending the screening stated in no uncertain terms concerning Fosse’s performance, “Bobby never danced better. Not a wrong move.”

The movie’s finale (spoiler alert) is a hilarious encounter between Betty Garrett and a platoon of Brazilian sailors, staged by Fosse as Keystone Kops comedy, in which the gorgeous-hunk Brazilians are set ablaze by a single word, “Conga!”

So well done by Fosse, seen below with the incandescent Betty Garrett, whose son Andy Parks attended the screening. 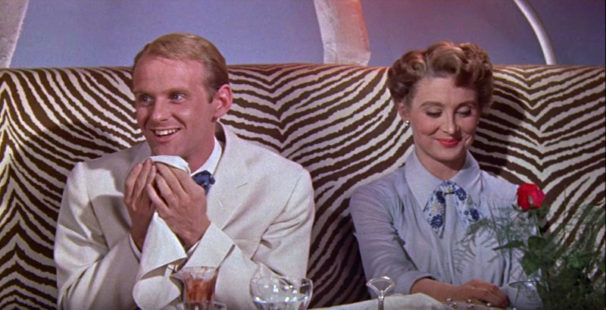 Footnote: Not to belabor but for the record: artsmeme restates its concurrence with the Verdon Fosse Legacy that Bob Fosse had no involvement — as dancer, choreographer, choreographer’s assistant, or dance-in — in White Christmas. The choreographer of that film was Robert Alton.