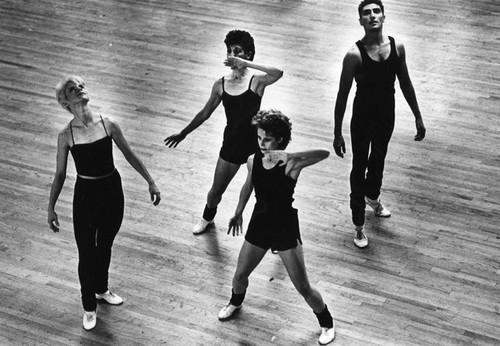 ed. note: We hear much about the current vigor of Los Angeles dance. A guest writer, the visual artist Steve DeGroodt adds his historic perspective in this essay contributed to the blog.

There is a vibrancy and presence that has been missing in the world of dance in Los Angeles for some time. What once was vital is now vacant, a fallow field once replete with exciting possibilities of movement. 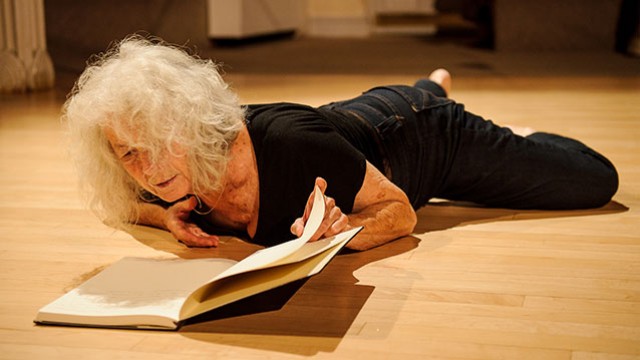 Simone Forti is perhaps the only veteran performer who can still challenge an audience with what dance can be. She, however, is a beacon whose light is fading. Where are the younger dance performers to take her place? (If such a thing is possible which I don’t believe it is.) Simone brought her own identity, a unique art of movement that referenced earlier pedestrian and task-oriented movement of the 1960s. 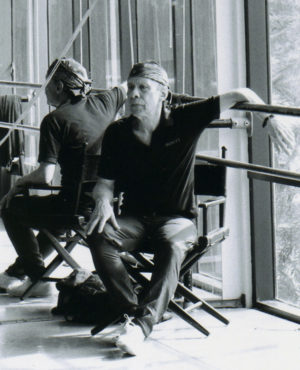 So too choreographer Rudy Perez. His vision of dance manifest the potentiality of movement. One that explored the existential coupling and spinning of partners only to fall away. Their communication breakdown gave one pause to reflect upon one’s own life.

Though he no longer is actively performing, Rudy still conducts a workshop every Sunday at West Side Dance Academy in West Los Angeles. But to whom does he pass the torch? Where is the dance of our time? Where is audience?

I can remember that, in the 1980s and ’90s, Los Angeles dance was on fire. So many dance performance and festivals. One in particular, The Los Angeles Festival, in September of 1987 stands out. The lineup: Compagnie Maguy Marin, The Merce Cunningham Dance Company, La, La La Human Steps, Lyon Opera Ballet, Lewitzky Dance Company, Peter Brook’s Mahabarata, The Wooster Group, Rachael Rosenthal, and more. And of course The Rudy Perez Performance Ensemble.  All this in a period of three weeks. 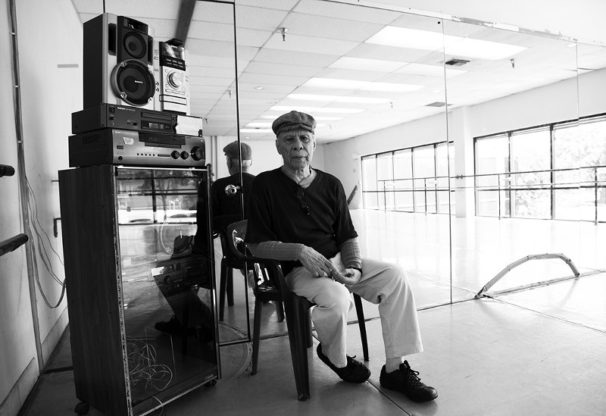 As a visual artist collaborating with Rudy on his dance performance piece Equal Time, for the Los Angeles Festival, it was a time of insight. One that would lead to the 1992 Dance Crazy Kid from New Jersey Meets Hofmannsthal – our second collaboration.

Yes, it was a different time, a time when support for the arts was a real thing. My hope is that like a field that has gone fallow, it will in due time be re-nourished by the nutrients of support — a rich moment to return again. One with dance performers vital and relevant to our times.

Steve DeGroodt is a musician, a painter and sculptor. His work is now on view in Phantom Lim at Torrence Art Museum. The Echo Park Film Center will screen two of his films Sunday August 19.