The valleys are alive with the sound of gibberish, courtesy of artist Paul McCarthy 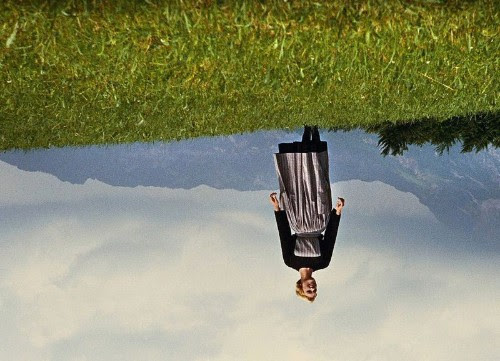 Maria, pictured above and played by Julie Andrews in the syrupy Hollywood movie-musical, The Sound of Music (1965), delivers her iconic hilltop anthem, but in a bizarro version created by visual artist Paul McCarthy, her scale runs do ti la so fa mi re do.

McCarthy created cisuM fo dnuoS ehT / The Sound of Music in 2001, in response to the rise of Jörg Haider’s extreme right wing Freedom Party, deconstructing the original film, which deals with the Nazi Anschluss (its annexation of Austria in 1938).

The movie is projected upside down and in reverse, but run at normal speed. McCarthy plays with the constituent elements, investigating the workings of the cultural artifact. He overturns the film itself, as well as its uplifting narrative and songs, to transform something familiar and comfortable into a strange and unnerving parallel. Dialogue and songs intended to be delightful and affirmative played backwards are reduced to alienating gibberish.

For this fun free event Manuela will pour McCarthy’s very own Craftsman Brewing collaborative beer – Gout Stout. For a spoonful of beer makes the authoritarianism go down — in the most delightful way.