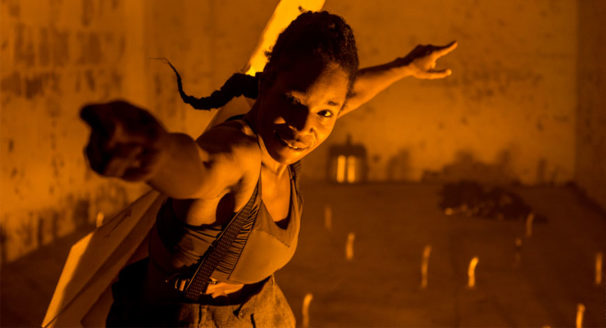 Unicorns and moonbeams! That magical stuff will spool at the Ford Amphitheatre when the beloved outdoor stage winds toward summer’s-end 2018. Lending unusual piquancy in a special dance-weekend are full-evening works by up-and-coming choreographers: Marjani Forté-Saunders (Aug 24, 25) and Stephanie Zaletel (Aug 26 only). To accommodate the intimate, experimental nature of these dance performances, the Ford has launched a new small-scaled seating configuration. Downtown Manhattan meets the Cahuenga Pass. Check it out!

The first to arrive is the unicorn. In the rich imagination of choreographer Forté-Saunders (Pasadena-born, she has recently returned to L.A. from Brooklyn), this mystical creature inhabits the earth. Her “Memoirs of a…Unicorn” combines magical realism, science fiction, and Afrofuturism. The performance, which garnered a Bessie Award for production design, mixes the biographical and fantastical, stories of her father’s Arkansas upbringing, a tale about a unicorn, princess, and evil wizard, and explorations of black identity. 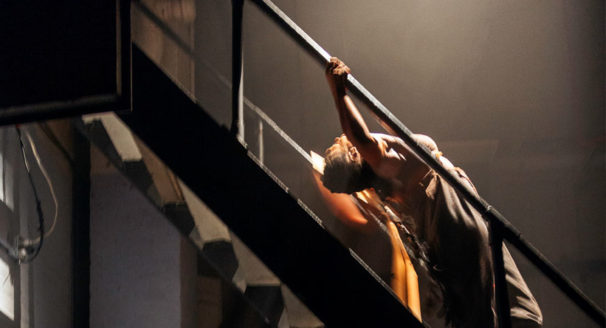 Forté-Saunders, who is also a Princess Grace awardee (2014), chatted by phone from Arizona State University where for the eleventh year running, she has attended Urban Bush Women’s annual Summer Leadership Institute. We asked her to ‘splain the unicorns.

“Unicorn is my nickname for folk like my father whose male bodies and identity have been dehumanized legislatively and historically,” she says, setting forth a whopping statement rife with choreographic possibility.

“If I were to think about the gait, the way that my daddy walked, and the way that my husband walks, and the way my son walks and how that holds their story, there is a rhythm, a kind of pose that is evident and powerful. It tells me that this is a warrior being, a being who is peaceful and sophisticated how he faces the challenges of his environment, the criminalizing of his body, and his identity and that of his children.”

That means Forté-Saunders practices x-ray vision. Her show is replete with racial, gender, mystical, metaphysical and theatrical issues woven into a one hour-plus dance work. “I borrow from the mystical identity of the unicorn. You only see them if you know how to recognize them,” says Forté-Saunders, giving a heads-up to her audience.

Forté-Saunders’s dance journey began as a four year old in Northwest Pasadena, her home, which she laughingly calls, “the least publicized part of Pasadena where the Rose Parade is concerned.” Moving to New York, she enjoyed a five-year performance career with Urban Bush Women, and co-founded with Nia Love, the LOVE|FORTÉ A COLLECTIVE. 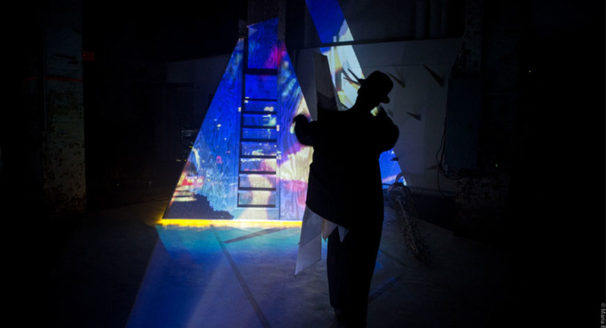 “Unicorn” ports an impressive production team. “It’s a solo performance but there is a bit of an ensemble with my media designer Meena Murugesan and my husband Everett Saunders who is my composer and sound designer. My father Rick Forté is a master carpenter. He built the pyramid installation with his two hands. He and our incredible set designer, Mimi Lien [a Tony winner who is also a MacArthur Fellow] worked on the installation.” 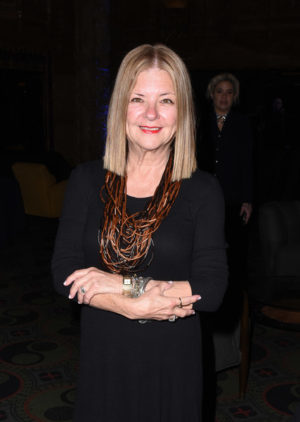 Ford Theatres Executive Director Olga Garay-English, who curated the dance-weekend, says, “I think it will be a stunning presentation. She is working with an architect—a MacArthur genius—who designed the visual arts installation and her father is building it for her. The piece deals with his story, so the fact that he is building it, and she is using it as an object in telling that story, is heart wrenching.

In presenting Forté-Saunders in this out-of-the-box evening, Garay-English realized it was not do-able without some kind of adjustment.

“L.A. County put significant investment into the Ford facility to rehab the stage and build a new building. The Ford has been providing very important services, but to a very small slice of the artistic pie,” says the can-do Garay-English. “There are many L.A. dance companies that can attract between 150 to 600 audience members, which is half of our house. Many artists making compelling, beautiful work are never going to fill even half our house; that is not the nature of their work.”

A win-win solution is in the offing. It’s about to be rolled out in a big way for these two shows. The first, a highly intimate configuration, will house the “Unicorn” show. That has in-the-round seating on stage, allowing up-close viewing. A second configuration, accommodating up to 600 (more commonly 350) has core seating on-stage with remaining seats in a reduced version of the Ford’s tradition house. 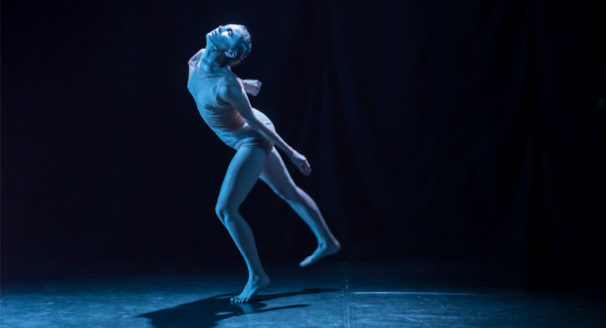 Bring on the moonbeams! Occupying that larger seating set-up will be dance maker Zaletel and her six-member, all-female szalt (dance co.) premiering a new work, “moon&.”

By the light of the silvery moon, Zaletel will weave themes that connect womanly cycles to the cosmos.“Our hope is that we will have a big beautiful full moon on Aug 26,” says Zaletel. “It is supposed to be directly over us. It symbolizes the idea of arrival. When there is a full moon, there is a charge energetically, everything is illuminated.” 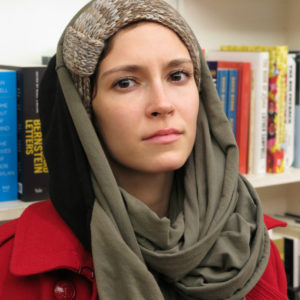 This type of organic thinking is not atypical for the deeply creative Zaletel, according to her former dean of dance at (her alma mater) California Institute of the Arts.

Stephan Koplowitz, a Zaletel supporter, comments, “Honestly knowing what I do about Stephanie’s intellectual approach, she is always very rigorous and thoughtful. But she is not afraid to embrace craft. Her success is not surprising given that she is extremely hard working. Stephanie is the real deal.”

Says Zaletel: “We have six dancers and two composers who are performing live, they are using cycles and looping and memory development, they are using four tape machines that are going to processing live what is going to be happening. They create memory and pattern and habit, it is tying into this unconscious loop which will be felt as a performer and by the audience.”

“It’s a really patient work,” she says. “We are starting with the eight phases of the moon. We open with the new moon waxing, then proceed to the full moon, waning back to the new moon.” 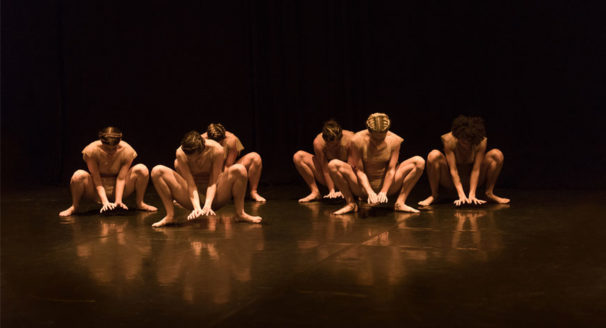 Moony-looney tunes … or avant-garde dance? Let the audience decide. For Zaletel, 28, her feminism is a given. As a freelance choreographer she “does all kinds of work,” but in Szalt she finds “the place to research feminine things. It is such a tightknit group, we have been together since the beginning.”

“Seeing something from an exclusively feminine p.o.v. offers people a different glance at an idea,” says Zaletel. “It gives people a chance to see femininity without constructs of society, you can just look at a body without all these extra layers. It is an opportunity to research being seen and letting people see us.”