The art of the jazz song: Tadd Dameron for Sarah Vaughan 3

Ed. note: Guest writer Mark Miller deconstructs a jazz standard, “If You Could See Me Now,” for our appreciation. 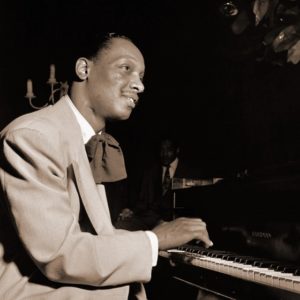 Jazz panist Tadd Dameron was known for his lyricism, an ironic attribute for an important bebop musician. Widely recognized as the bop era’s definitive arranger/composer, Dameron concocted this distinctive ballad for Sarah Vaughan with an elegant angularity and graceful intervals that rival the best of Ellington/Strayhorn. Yet it stays true to a bop sensibility.

Starting on the Major 7th and tracing the chord up an octave, then cascading down again, the melody is arresting right out of the gate. Five measures in, the structure calls to mind the Miles Davis-credited bop standard “Four.”

The bridge goes into a minor key, yet takes a momentarily optimistic turn with the Carl Sigman lyric “You’ll happen my way on some mem’rable day and the month will be May for awhile.” Best known for his lyrics to chart topping pop hits like “Ebb Tide,” the theme from “Love Story” and “Shangri-La,” here Carl Sigman displays a gift for sophisticated, world-weary melancholia that is never maudlin. 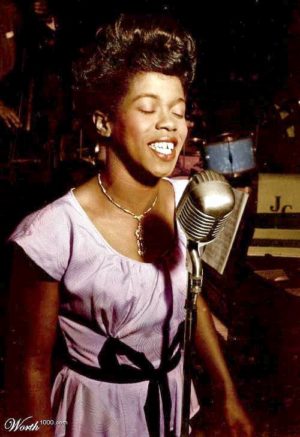 Sarah Vaughan obviously had the chops to negotiate its intricate construction, and it became one of her signature tunes.

Other notable recordings include Chet Baker’s cool, pastel reading on his 1959 recording “Chet.” Recorded by Bill Evans on his 1962 release “Moon Beams,” and again in 1965 on “Trio ’65,” the lead sheet with his changes is available from the EMI/Robbins catalogue.

The song was a natural fit for Evans, with his highly intelligent, modal and introspective approach and affinity for Major 9 chords. After the Minor 7 chord leading out of the bridge, Evans moves up a half step then employs three Major 9 chords around the cycle of fifths, leading back to the opening chord of the A section.

“If You Could See Me Now” is a rewarding challenge for any vocalist, especially if you know your way around the keyboard a bit. But whether or not you can parse the Bill Evans changes, this is worthy material indeed.

Mark Christian Miller is a Los Angeles-based vocalist, music booker and promoter, and self-proclaimed “piano enthusiast.” His “Crazy Moon” was named one of the Top 15 Jazz Vocal Releases of 2015 by Jazz History Online.

3 thoughts on “The art of the jazz song: Tadd Dameron for Sarah Vaughan”