Our pick: Daryl Sherman swinging at the Gardenia 1

Though she writes original songs, few contemporary artists have scoured the hidden corners of the Great American Songbook like singer-pianist Daryl Sherman. 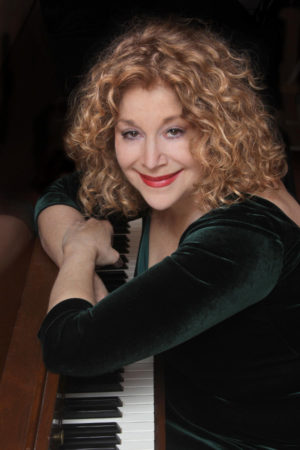 She’s a regular at New York’s Algonquin Hotel who gracefully straddles jazz and cabaret singing, essaying songs from both renowned and neglected tunesmiths like Cole Porter, Rodgers & Hart, Walter Donaldson, Jimmy McHugh, Dorothy Fields, and Henry Nemo. She does so while accompanying herself with delectable piano playing. Sherman will make one of her infrequent Los Angeles visits on June 27 at the Gardenia Room in West Hollywood.

She’s an engaging performer who holds her audiences gently with a voice coated in sunshine. Classic singers like Mildred Bailey, Lee Wiley and Sylvia Syms are echoes in Daryl’s easy way with a song. She can swing at any tempo and makes each word translucent in the same way the late Blossom Dearie (one of Daryl’s models) could. If that doesn’t sound like much, consider the lyric complexity of Turk Mauro’s “Turkquoise,” and how Sherman wrangles it. She enlarges the song, rather than letting the song enlarge her. 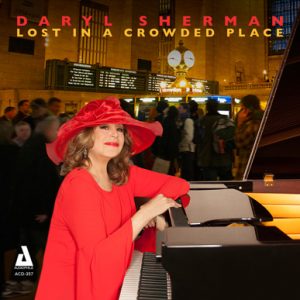 Her latest CD is Lost in a Crowded Place (Audiophile). Like virtually all of her discography (15 by my count), it’s one long musical reverie. Liittle-known songs by the likes of Barbara Carroll, Billy VerPlanck and Duke Ellington (when was the last time you heard his “Azalea”?) are given her saucy interpretations. The tunes are punctuated by the economic and soulful cornet of Jon-Erik Kelso, and it’s instructive to hear how Sherman plays support underneath herself, and then offers discreet counterpoint to the horn solos.

A little bit of Manhattan will light at The Gardenia Wednesday.

One comment on “Our pick: Daryl Sherman swinging at the Gardenia”