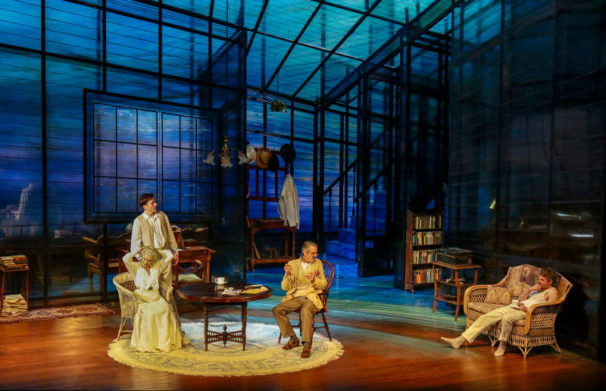 Every family has its problems. Every problem spurs its drama. I anticipate my upcoming visit to The Wallis to see Eugene O’Neill’s Long Day’s Journey into Night as a microcosm, a kind of deep dive into a Petree dish — a ‘family drama’ the likes of which our nation is undergoing now. A highly controversial ‘father figure’ in the form of our polarizing president seems to be tearing at the seams not just of policy or ideology, but at basic American decency and fairness. Or so it seems to one side of the population. So, too, does the playwright O’Neill illuminate the powerful influence we have upon one another in shared familial structures. That is how I look forward to viewing the play; let’s see where it leaves me after the performance.

Two great contemporary actors distinguish the cast. The head of the Tyrone family, James Tyrone (Jeremy Irons), an alcoholic Shakespearean actor, and his opiod-addicted wife Mary (Leslie Manville) tear at each other, surfacing the secrets and lies that have taken destructive root in their offspring, Jamie (Rory Keenan), also an alcoholic and aspiring actor, and Edmund (Matthew Beard), a writer with tuberculosis. 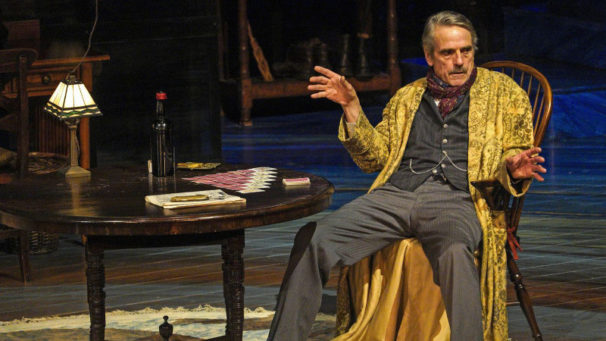 Long Day’s Journey into Night | The Wallis | thru July 1