Whatever happened to Robert Aldrich? FEUD’s pattern of distortion 2 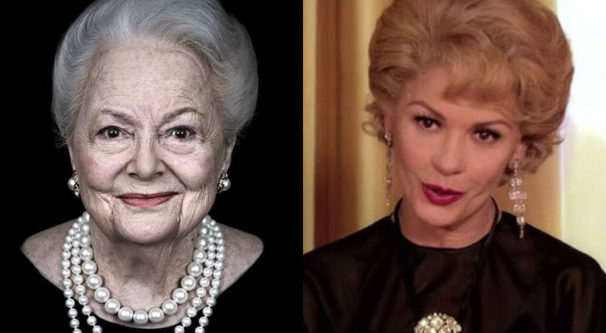 Breaking news: On May 6, 2018, the California Supreme Court received a petition to review the California appeals court decision to dismiss Olivia de Havilland’s lawsuit against television network FX and Ryan Murphy which reversed her original legal win that she had grounds to pursue her fight against how she was depicted in FEUD.

The appeals court justice who wrote the opinion had previously been a partner in the law firm that represented FX and was a former executive at NBC, which also supported FX’s position. Isn’t recusal an issue?

The honor of a Dame was central to oral arguments March 20, 2018, when lawyers for Dame Olivia de Havilland and FX, the producers of FEUD, the mini-series about the Bette Davis/Joan Crawford rivalry had another day in court. At issue was the right of free speech versus the right of a public figure to be presented truthfully .

Although Miss de Havilland, played by actress Catherine Zeta-Jones, is a supporting presence in the highly acclaimed television series, her “character” frames the production and appears in key scenes, which never occurred in real life. Nor did the dialogue quote her accurately, nor did the scenes convey the true nature of her legendary persona.

The major stars of Hollywood’s Golden Age had a relationship with the public
that combined their celluloid performances and their personal lives, public images that were mined by the studios to maintain their popularity. Garbo was reclusive; Katharine Hepburn independent; Errol Flynn and John Barrymore were womanizers.

Olivia de Havilland, whose career began in 1935 and continued for five decades, evoked a gracious, refined dignity that exuded intelligence and sophistication and still does. She was a survivor who changed the way the industry operated when she challenged the restrictions of the studio contract system … and won. No one anticipated the “De Havilland decision.” Similarly, the court’s decision to grant her request (standing) for legal expediency due to her advanced age, 101, was a surprise to most legal minds.

That court decision addressed several arguments — that the actress was depicted under a “false light” and that her “right of publicity” had not been followed. In its rebuttal, FX contended that no “reasonable” person would come to that conclusion. How she was dramatized in FEUD, was therefore deemed acceptable.

However, if there is one person who could claim it was “reasonable” to assume the public would question her being shown as a caustic gossip, it would be Olivia de Havilland. For aside from her popular comedies and romantic adventures with Flynn and James Cagney, including her “Maid Marion” in the classic The Adventures of Robin Hood, and her Best Actress Oscar wins in The Heiress and To Each His Own, she starred in the most popular and iconic movie all time, Gone With the Wind.

Ryan Murphy, FEUD’s ingenious creator, is a master of detail. All the period sets, wardrobe, hair and makeup were rigorously duplicated. And the research for the two main characters, was meticulous, as I can attest having produced Bette Davis’ last film, The Whales of August and discussed with her Whatever Happened to Baby Jane?, the making of which is the catalyst for FEUD.

This makes the sloppy misrepresentation of de Havilland more confounding. It’s as though “I got the big ones right; one simplification is irrelevant.” 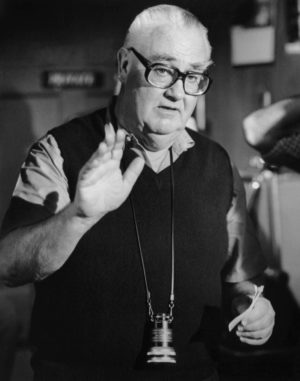 Not so. It’s not just one egregious error. Disrespect and misrepresentation are also front and center in FEUD’s depiction of the drama’s most prominent male character, director Robert Aldrich, one of the most fearless, dynamic, and courageous of American filmmakers.

In the hands of the fine actor, Alfred Molina, Aldrich’s smart and savvy understanding of the movie business and how to strategize career ebbs and flows (The Big Knife, The Legend of Lylah Clare) could have informed the audience of intriguing behind-the-scenes workings of the film business. Instead, as written, the outspoken, progressive director of Attack! Kiss Me Deadly and The Dirty Dozen (who came from a powerful and prominent American family) is presented as a spineless, insecure wimp jumping at the whims of actors and studio executives. It is reprehensible.

From 1975-1979, Aldrich was one of the most significant presidents of the Directors Guild of America. As former DGA board member and noted director Walter Hill (48 Hours, Geronimo, The Warriors) states,

“In addition to his artistic achievements, which were considerable in many genres, Robert Aldrich achieved the greatest contractual breakthroughs for our members. In closed door sessions lasting several weeks, he locked horns with Lew Wasserman, the movie industry’s toughest negotiator. Making him into a weak, vacillating person doing whatever the studio wanted is a travesty…and shameful.”

“I gave up on FEUD after watching a few minutes of what they did to Bob Aldrich. Unbelievably insulting and bore not a single resemblance to the real man.”

For Oscar-winner Keith Carradine (Nashville, The Moderns, Emperor of the North),

“My experience with Aldrich was fantastic. He was one of the most knowledgeable and sure-handed directors I’ve ever had the privilege to work with. His ability to navigate the depths of two actors as respected and esteemed as Lee Marvin and Ernest Borgnine was truly impressive. And he did it without ever being anything but a gent and a mensch. Their respect for him was equal to his for them.”

Aldrich and Oscar Rudolph, his assistant director and consultant, were the closest of associates and friends for five decades. His son, director Alan Rudolph (Choose Me, Remember My Name, Ray Meets Helen) remembers:

“Robert Aldrich was synonymous with ferocious support for the underdog and what’s fair, challenging myopic authority and forging creative independence. I recall going to private screenings as a boy, so blistering in their head-on contempt for societal intolerance and political ignorance, my head hasn’t stopped spinning. He was David to Hollywood’s Goliath. He created his own studio to battle their control. Portraying him in this program was not only odious and slanderous, but exactly opposite of everything he was and stood for. Such an affront to the accuracy of the man and film history is the equivalent of chief counsel Joseph Welch offering up innocent names to Joseph McCarthy’s witch hunt instead of his chastisement of the Senator’s lack of decency and defeating him forever.”

The First Amendment allowing free speech grants wide latitude in adapting the actions of pubic figures. But that freedom does not include taking limitless liberties in depicting these people. The essence of a real person should not be violated in the grandiose guise of docu-drama. Wrapping this violation in the dressing of the First Amendment does not provide justification. Integrity and truthfulness must be equal factors. Winston Churchill’s great grandson was repeatedly contacted during the making of The Darkest Hour and he is on the record of how proud he is of the movie’s outcome. 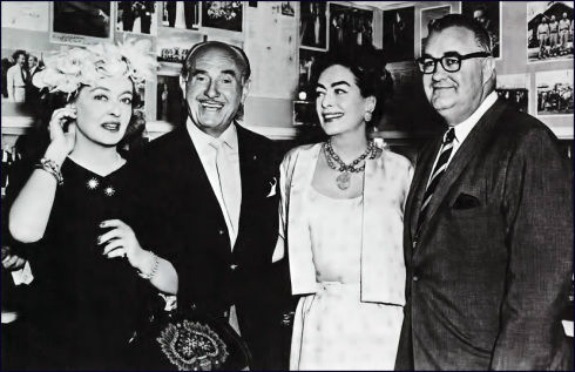 Millions of viewers in future generations will watch FEUD. Unaware of the reputation or accomplishments of Olivia de Havilland and Robert Aldrich, they will accept what they see at face value. The irony is that FX and Ryan Murphy could have accomplished what they felt was dramatically important by making simple adjustments.

DeHavilland’s gossipy, catty dialogue could have been given to Kathy Bates, who adeptly portrayed Joan Blondell, an actress whose sharp one-liners was consistent with her personality on and off screen.

And the actions of the character called ‘Robert Aldrich’ could have been acceptable by changing his name to that of a fictional director (reference: David Dennison, Alan Smithee, Lewis Castle) in the fiction FEUD created.

Standards must be set – and adhered to.

2 thoughts on “Whatever happened to Robert Aldrich? FEUD’s pattern of distortion”