Invited by Ms. Malone to consider their careers as a film biographer, each author retraced his steps down a special path. 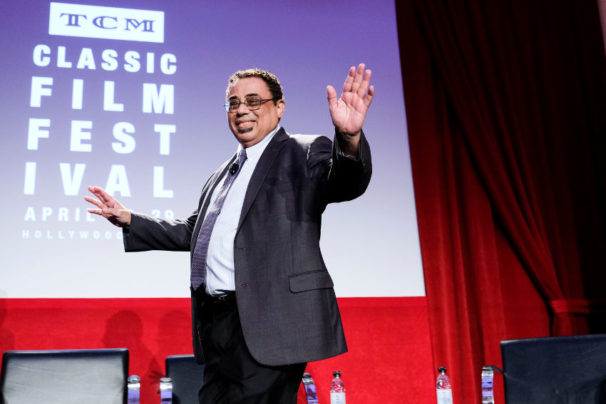 Bogle, a leading expert in the history of African Americans in Hollywood, whose Toms, Coons, Mulattoes, Mammies and Bucks: An Interpretative History of Blacks in Films, was published in 1973, spoke first.

“Movies [and movie history] interested me since I was a kid,” he said. “I was a television kid—we don’t have them anymore. I saw old films on teevee, and was always fascinated when I saw the black characters.“

Scott Eyman, the author of 15 books covering iconic directors and actors of high Hollywood, most recently Hank and Jim: The Fifty-Year Friendship of Henry Fonda and James Stewart which follows biographies of Ernst Lubitsch, Louis B. Mayer, Cecil B. DeMille and John Wayne, admitted, “It’s exhausting just thinking about it, looking back. I am astonished by my idealism.

“I started wanting to write about silent movies. I made a list of eight or nine people who needed a book. I nixed Jean Renoir – you’d have to translate. Thomas Ince — he’d only get a university press. I settled on Mary Pickford, who had books already but unimpressive ones. I sold the book to an editor who said he only took it because “Sparrow” was the first movie he ever saw.” 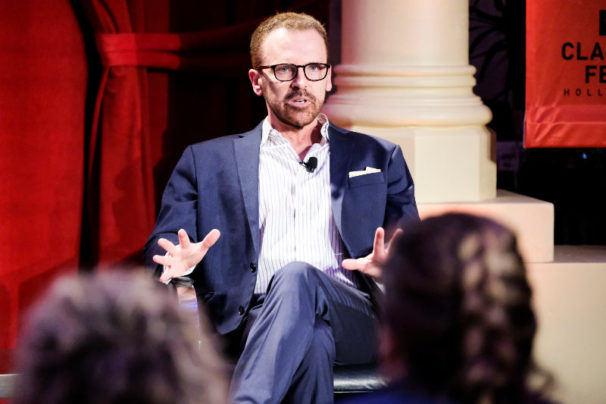 William J. Mann, author of Tinseltown Murder, Morphine, and Madness at the Dawn of Hollywood, and Wisecracker: The Life and Times of William Haines, concurred, “Like Scott, I love silent movies. In 1995 I got an interview with silent movie actress Anita Page. She was Norma Desmond come to life. She had that ethereal quality. She was fluttery, but glamorous.”

“We all preserve the past,” continued Mann. “Ultimately what interested me in Hollywood was the business. For example, how someone like Elizabeth Taylor became a movie star.

“As biographers we’re giving an interpretation of a life,” he said. “But we can bring new perspectives. There was a huge Brando biography in the ‘90s. But I saw another way of viewing Brando.”

(His recently completed The Contender: The Story of Marlon Brando is forthcoming in 2019.)

Eyman summed up his key task in one word: “intimacy.” He explained, “You know what they like to eat, you know what after-shave they use.”

Bogle, whose Dorothy Dandridge was published in 1997, said, “What has intrigued me about these personalities is who these people are away from their roles. I always thought Dandridge was like Carmen Jones – extroverted, sexy. But she wasn’t. She was quiet, and almost reclusive. She was very serious about being an actress.” 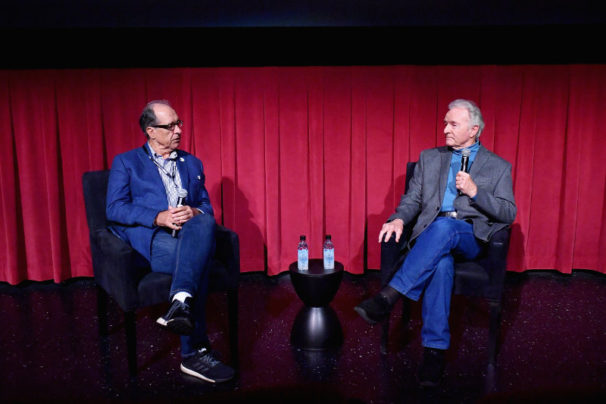 Eyman, seen in the photo above interviewing William Wellman, Jr., described a similar experience. “If I hadn’t met John Wayne in person, I probably wouldn’t have written about him. What captured me was the gap between what people thought he was and who he [really] was,” he said, admitting, “I never go into a project thinking I know what the person is about.”

Eyman’s John Wayne: The Life and Legend, published in 2015, had a relatively long gestation. “I had written about John Ford. So I felt I was done with that ride.”

When Eyman met Wayne, “I was 21 years old. He treated me as if I was Walter Cronkite. He was huge [physically]. He was charismatic and powerful, with the biggest hands I have ever seen on a human being. He was thoughtful, but when he was talking to you, you felt that he liked people. He pitched his voice low; he actually made himself smaller. He compressed himself — a difficult thing to do for a man of 6’4” and 250 pounds.” 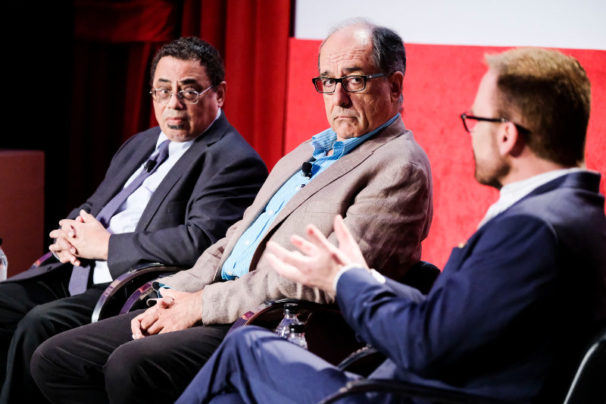 Malone led a long discussion about sources and research — what, or what not, is publishable.

Bogle called out an unusual source, the African-American press, saying, “It was then called the Negro press. For example the California Eagle and the L.A. Sentinel — both have been vital resources for me. I come from a Philadelphia Tribune family; the Tribune is the oldest black newspaper in the country.

“For my book on Ethel Waters, the mainstream media had not covered Ethel, but the Black press had. Dorothy Dandridge, as well. Dandridge was considered one of the most beautiful woman in Hollywood, she was the first African American nominated for an Oscar [for her starring role in Carmen Jones; Hattie McDaniels’ Oscar was as Supporting Actress]. She had been on the cover of LIFE, PARIS MATCH, she went to the Cannes Film Festival. And yet, after her tragic death, the mainstream media chose to forget her. It has been almost an oral tradition to keep her alive in the black community. It fell primarily to the Black press.

“[Working on this book] I learned that Hollywood has secrets. One of the main ones is about interracial relationships. I interviewed Otto Preminger. It was an open secret [he and Dandridge] had been lovers. He did not own up, although I could read between the lines. He was a tough person and could be mean. But he had a strange, gentle side. I could see that he had not gotten over her death.”

In writing about the closeted actor William Haynes, Mann remembered, “His family asked me, ‘Are you going to make [his gayness] the central fact of his life?’ Elizabeth Taylors’ family also did not want a sensational version of her life. I just finished working on Marlon Brando – wow – your work is cut out for you.”

Asked by Malone if ‘outing’ gay subjects is appropriate, Mann replied, “I rely on my journalistic background. The truth is appropriate — if it is triple-sourced.” This comment received audience applause.

Eyman, whose recent “Hank and Jim” involved interviews with the loved ones of Henry Fonda and James Stewart, admitted that he gains trust and entrée with families with his already published works. “I send them a couple of books to convince them to talk to me.”

When Mann mentioned that he keeps a photo of his subject at his desk, Eyman shared, “I keep a photo of their grave. It keeps me in a sympathetic view of them. It keeps me connected to the human being, who had hopes, passions, and disappointments.” 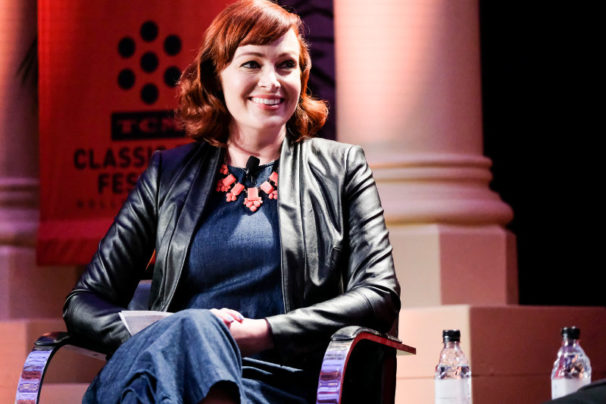 Malone, who did a stellar job swapping anecdotes between these three bright authors, each at the top of his game, mentioned to Bogle, “Your writing about Dorothy Dandridge is inspiring … and heartbreaking.”

In his reply, Bogle illuminated the difference between fiction and nonfiction. He stated simply but frankly: “I always wanted her story to end differently.”