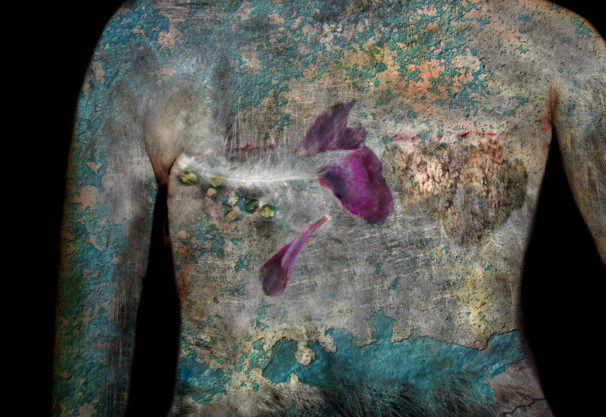 Los Angeles-based artist Aline Mare grew up in New York City and began her career as an image maker and performer in the thriving avant-garde arts scene of downtown Manhattan in the 1970s and 1980s – her collaborators and close friends included Richard Foreman, Meredith Monk, Nam June Paik, and Richard Serra.

Mare first met the late Kathy Acker at the art/performance space the Kitchen in Soho in 1979, and began a friendship with the experimental and subversive writer that would last on and off for decades. The relationship would inspire Mare’s new body of work, “Requiem: Aching for Acker,” a photo-based multimedia exhibition, with each piece incorporating alternative processes and technologies to create unique, hand-finished artworks.  Mare uses imagery and elements – including actual artifacts of Acker’s – that infuse the series with magic and myth.

Mare crossed paths with Acker many times, and when they met in San Francisco in 1995, she sensed something was very wrong – and then learned Acker had stage-4 breast cancer.  Acker refused western medicine and sought alternative therapies; Mare became a close member of her support group in the final months of her life, until her death in November 1997. 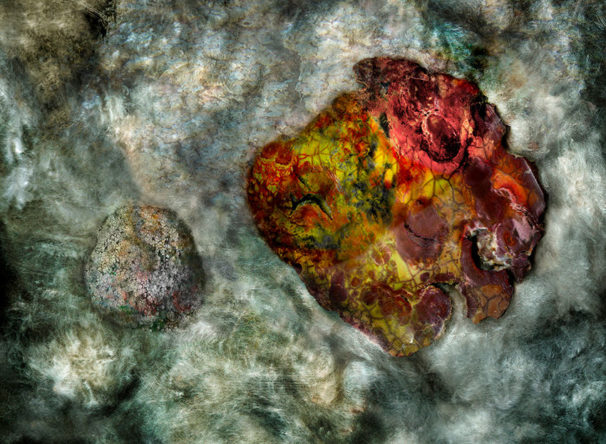 Soon after her passing, Mare read Acker’s last book, Eurydice in the Underworld (Arcadia Press, 1997). “I was blown away by its pure emotion and the courageous confrontation with her own illness and dying.” Mare created a body of work dedicated to Acker in the late ’90s, inspired by “Requiem,” the poem on the book’s final page, where she filters her cancer diagnosis through Greek mythology.

In her artist’s statement for “Requiem: Aching for Acker,” she writes, “I was looking for a vision to match the feelings: the loss and the power I felt reading this final piece. Something that would remind the world of her power as a creative female force of nature – her self-mythologizing a form of empowerment and vulnerability: to marry the past and present in a rich body of work that speaks to the universality of the path we must all take: the path to the underworld.”