A Giselle for the 21st Century 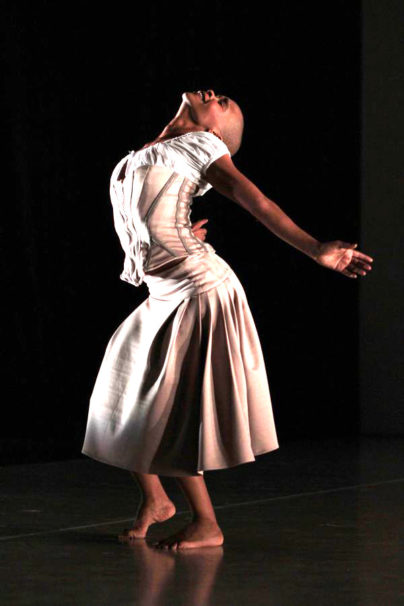 Seen above, the tragic-heroine, “Giselle,” in a contemporary re-make of a woman’s story dating from the 19th century and transferred (rightfully in the 21st century) to the choreographic reins of a woman. 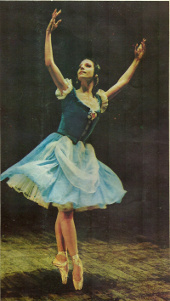 The role is delivered with great pathos by the work’s creator/lead dancer Dada Masilo in her “Giselle” on view this weekend at The Wallis in Beverly Hills.

This compact woman’s unusual build is wonderfully accentuated by a drop-waisted peasant costume (design by David Hutt) that emphasizes her long back. And she activates her back forcefully — arching, contracting, stretching and, really, generating movement from it.

It’s worthwhile to juxtapose an image of Masilo as Giselle with that of one of the 20th century’s great historic Giselles, Alicia Alonso (b. 1920), who is miraculously still living. Alonso is similarly pictured in her act-one peasant costume.