A house tinged by antisemitism: Denishawn 1 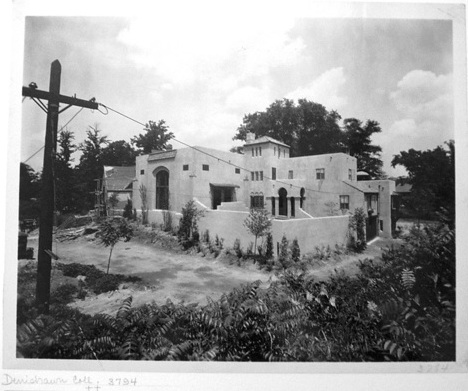 The summer of 1928 Charles [Weidman] and I were teaching the classes at the Carnegie Hall studio, while Pauline [Lawrence] played piano. The students were stimulated by our enthusiasm for some discoveries about movement, which had to do with ourselves as Americans – not Europeans or American Indians or East Indians, which most of the Denishawn work consisted of – but as young people of the twentieth century living in the United States. 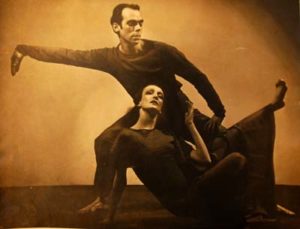 Toward the end of August came invitation came for me to attend a meeting to discuss the Greater Denishawn, which we had been hearing about for a long time. Miss Ruth had some property at Van Cortlandt Park on which had been built a large house, holding a huge studio and living quarters for the two stars, as well as provision for numerous students. No invitation came for Pauline or Charles, which was puzzling, since all three of us had been with Denishawn close to ten years.

It was my first look at the new building and I was deeply impressed. A handsome pile, spacious and beautiful, a real home for the dance.

Miss Ruth opened the proceedings by explaining how the Greater Denishawn had come into being as an idea. They had been traveling so long, she said, and yearned for a permanent home where they could consolidate their efforts. Also they were tired or renting studios at high prices in New York City and longed for a place of their own. The present house, though not complete, had been achieved by saving money from recent tours; particularly from the last engagement with a touring company of the Ziegfeld Follies, of which she and Shawn were the stars. Now they were in a position, she told us, to plan the school and the future here. That is why we had been called today. She had two large charts in front of her: one, a schedule of classes, the other a plan of the house in which, she said, there would be room for all of us to live if we wanted. 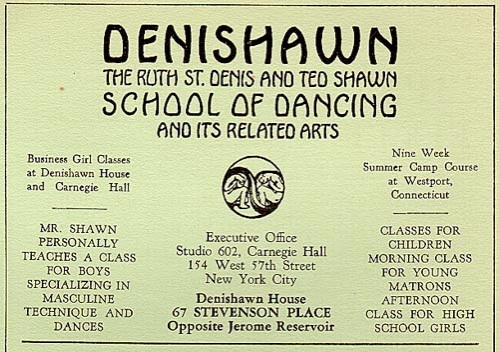 Continuing about the classes, they had decided on some over-all policies, she said. The first one she mentioned was with respect to the Jewish students. It seemed best, she explained, to limit these to ten percent of the whole. This was the first time I had heard either director express a racial prejudice, and I was shocked. Also I thought of the very talented young Jewish girls already in the school, and wondered what would become of them.

[…Shawn’s commentaries culminating in referring to himself as the “Jesus Christ of the dance.”]

[Describes Humphrey’s disgust with both of them. Shawn asking her to go into the Follies for a season to “do my share for the Greater Denishawn.” She refuses … then Humphrey gets “voted out of Denishawn.”]

A depressing silence followed. The meeting broke up with angry glances from Miss Ruth and Shawn, answered by stony ones from me. I made no comment but went home from this historical meeting with shock and resentment in my heart.

Charles and Pauline were waiting eagerly for the news. It was nearly midnight but we sat up for hours talking it over. At the end we had a plan. Tomorrow we would look for a studio, hang out a shingle and brave the dance world on our own. We were a compact trio: Pauline to play the piano and manage the business; Charles and I to do the teaching and composing The long years at Denishawn, fruitful ones and valuable, were over. 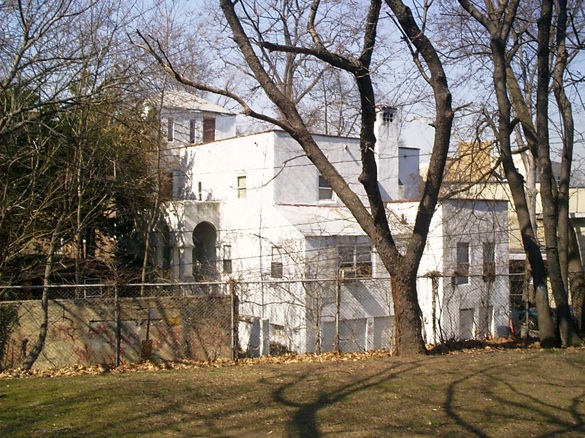 photo credits: an exceptional display of photos of Denishawn House on this website.
artsmeme adheres to the proper text styling of ‘antisemitism’

One comment on “A house tinged by antisemitism: Denishawn”