REVIEW: ‘A Raisin in the Sun’ @ A Noise Within 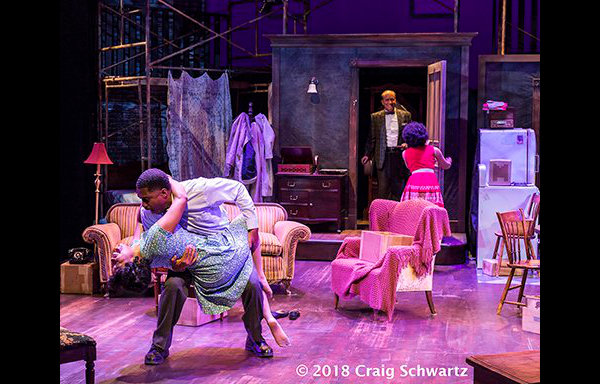 When A Raisin in the Sun was first performed on Broadway in 1959, it became a landmark. Playwright Lorraine Hansberry was the first African-American woman to author a Broadway play, and at 29, she became the youngest playwright to receive New York Drama Critics Circle Award for Best Play. While the setting of the piece is period, the issues it raises have remarkable resonance to this day. 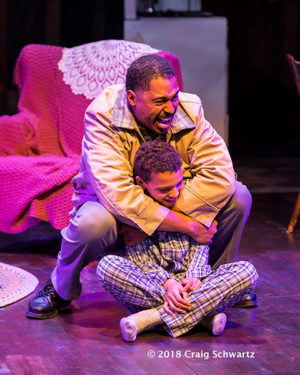 It’s 1950s Chicago, with three generations of the Younger family crowded into a one-bedroom flat and tripping over one another. Life is about to change, though, with Lena (Saundra McClain), or Mama, about to receive a big fat insurance check for $10,000 after the death of her husband. Son Walter (Ben Cain) is tired of being a chauffeur and wants to start his own business – unfortunately, it’s in liquor, which meets his mother’s disapproval.

Meanwhile daughter Beneatha (Sarah Hollis) is determined to go to medical school, even though they can’t afford it – yet. She’s going against the grain of the times, and Walter says to her, “Who the hell told you you had to be a doctor? If you so crazy ’bout messing ’round with sick people – then go be a nurse like other women – or just get married and be quiet.” (This line stirred up several gasps in the audience, which included some inner city high school students.)

Beneatha is entertaining a couple of suitors, one of them a charming Nigerian (Amir Abdullah) who wants to take her back to his home country – which triggers her enthusiasm for African dress, music and dance. 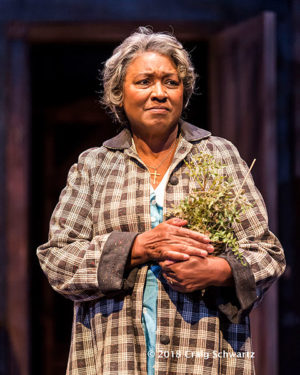 The production is anchored in two pitch-perfect performances. McClain as Mama struggles to hold the family together through internal conflicts and impending external disasters, her sense of humor and fundamental decency sometimes the only things keeping her afloat.

Her daughter-in-law Ruth is played with heart-rending depths by Toya Turner. While all adults in the family must work – at service jobs catering to the white middle and upper class, of course – Ruth also works nonstop at home. Ruth is a perpetual motion machine as she makes breakfast, irons, and tries to keep everyone on schedule.

Kudos to director Gregg T. Daniel who so adeptly gives space to the wonderful dialog, and also lets the body language and action of each actor express their character.

“Raisin” still rings so true partly because Hansberry successfully incorporated a number of lived-in autobiographical details – her own family grew up in Chicago, and faced racial prejudice in housing. Beneatha is something of a Hansberry surrogate – with her fervent views on civil rights, a fascination for African heritage, and doubts about the existence of God. The title of the play comes from a Langston Hughes poem, “What happens to a dream deferred?/ Does it dry up / like a raisin in the sun?”

The excellence of this production reaffirms Hansberry’s brief moment in the sun — she died, too young, of pancreatic cancer, at 34.

A Raisin in the Sun | A Noise Within | thru April 8