Dylan Gutierrez brings his Romeo home to L.A. with The Joffrey Ballet 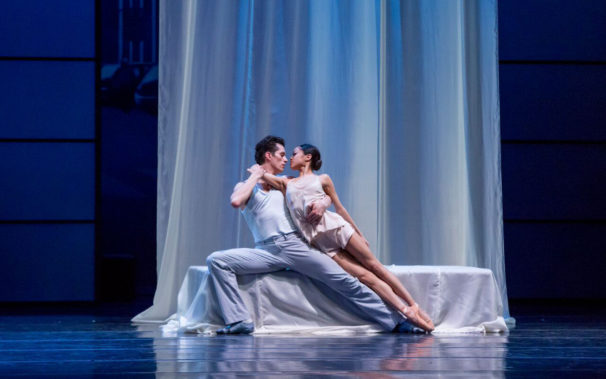 The Joffrey Ballet’s Dylan Gutierrez is an LA kid. Before he hit ten, he was on stage with Placido Domingo in LA Opera’s “Falstaff” and “Sampson and Delilah” at the Dorothy Chandler Pavilion. He was a student at the Los Angeles Ballet Academy in Encino – run by his former-ballerina mother – and was once a finalist, at 16, in The Music Center’s Spotlight scholarship program. Now he’s back.

Gutierrez and his girlfriend Jeraldine Mendoza perform the lead roles in Krzysztof Pastor’s ballet, “Romeo & Juliet,” twice during The Joffrey’s upcoming engagement at The Music Center: March 11 (matinee) and 17 (evening). Another cast will take on the remaining performances starting March 9. The Joffrey dancers will also perform in LA Opera’s “Orpheus and Eurydice,” with direction and choreography by John Neumeier, on March 10, 15, 18, 21, 24 and 25.

[Guttierrez dances “The Stone Furies” in “Orpheus,” a work for three soloist men and a role created on him.]

Gutierrez doesn’t remember the tumultuous years when The Joffrey was The Music Center’s sort-of resident ballet company. He was, after all, born seven years into the company’s eight-year attempt at being bicoastal, in L.A. and New York. That experiment came to a crashing end in 1991 amid so-so box office, financial troubles and artistic drama. There is plenty of history at the Music Center for both Gutierrez and The Joffrey. 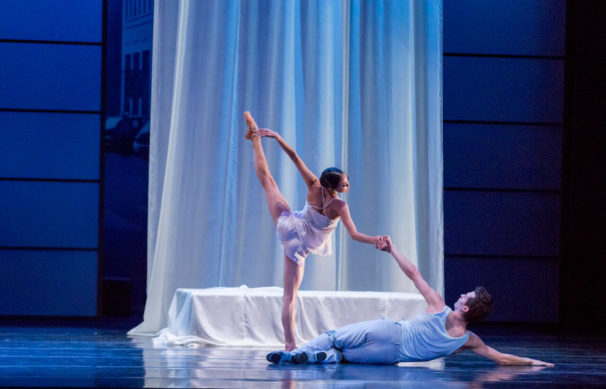 Pastor’s “Romeo & Juliet” is awash in history and tumult as well.  Choreographed in 2008 for the Scottish Ballet, it is set in 1930s Italy at the time of Mussolini and the rise of Fascism. The second act shifts to the 1950s with the rise of the Red Brigade and political terrorism and the third act takes places during Berlusconi’s troubled reign in the 1990s. Throughout the ballet, the Capulet family represents the upper class conservatives and the Montagues are the liberal low and middle classes. It’s set to Prokofiev’s thrilling 1935 score. The work includes a multimedia video backdrop depicting the different historical periods.

“This ballet has a real political edge and shows how history repeats itself,” Gutierrez told us by phone recently.  (In spite of his studies at Royal Ballet School in England, his stint with the San Francisco Ballet and his current Joffrey career in Chicago, he still has a San Fernando Valley phone number.) “This ‘Romeo & Juliet’ is pretty raw. The fight scenes are very physical and look more like ‘West Side Story’ rumbles” than traditional sword fights, he explains. “I get to channel my own anxiety and anger.” 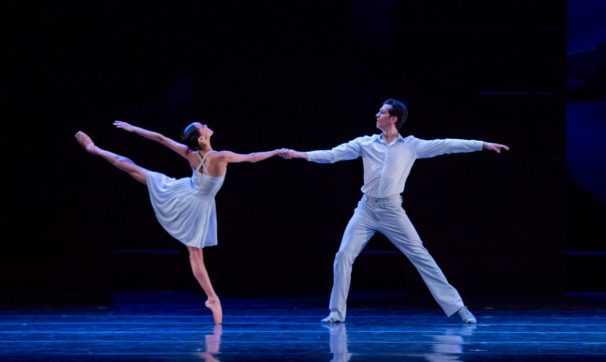 “The Joffrey has gone through a lot of change in the last ten years,” Gutierrez explains, “but one thing that has stayed the same is the free spirit and spontaneity that the company has always had.” Under Ashley Wheater’s direction – he was one of their finest dancers during the company’s L.A. residency – The Joffrey has had “a huge improvement in talent and rep and direction,” Gutierrez says. “Because as much as The Joffrey started out as a trailblazing company there were years when it struggled.” Yes, we remember! Now, says Gutierrez, Wheater has given it a second wind. “And we take pride in that.”

Gutierrez has been performing as Pastor’s Romeo since the ballet entered the company’s repertory in 2014.  Performing it with his girlfriend Mendoza as Juliet has its own drama. “When you start out dancing with someone it can be jarring at times,” he says, although dancers are usually polite and set boundaries as to what they say to one another during rehearsal. “Because Jeraldine and I are together all the time, on and off stage, we are a little harsher to each other in rehearsal” than with other partners, he admits. “There’s no point hiding what we feel. That can be hard. We don’t tip toe around what needs to be done.” They have made it work, and to critical acclaim. “The best part of our profession is performing and the best part of my outside life is my relationship with her. So I get to have it all.” 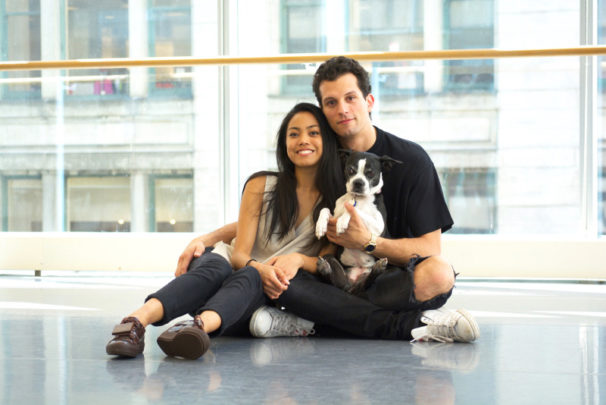 Photo credit: Cheryl Mann, for The Joffrey Ballet. Dylan & Jeraldine with dog by Jordan Jones for The Fleeting Moment