Electric Miles Davis in the new millennium, at The Soraya 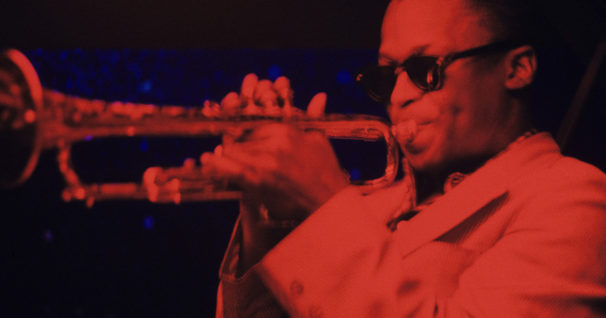 Miles Davis
(1926-1991) was out of the public eye in the late 1970s. The legendary trumpeter and bandleader had changed the course of music—not just jazz—several times, and was half a decade into his electric period, inaugurated by 1969’s Bitches Brew. That epoch rewrote the rules of ensemble interaction, as Miles turned eager young soloists like keyboardists Herbie Hancock, Chick Corea, Joe Zawinul and Keith Jarrett loose on material that straddled cutting-edge funk and jazz, and always held the possibility of spontaneous arrangement. 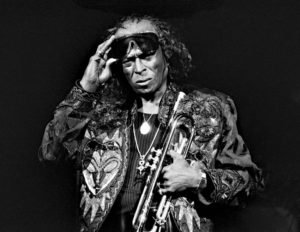 But in the last half of the ‘70s, Davis suffered from health problems and neither performed nor recorded. The labels he’d had long relationships with (Prestige, Blue Note and Columbia) scoured their vaults, assembling reissue collections and first-time issues of previously unknown material. The music press devoted many long features to retrospective Davis essays, as though the horn would never sound again. Occasional press tidbits of Miles sightings tantalized and frustrated the jazz world for five years.

Vincent Wilburn Jr. was a young drummer in Chicago, playing in his AL7 funk band in those years. He was also Davis’s nephew by Miles’s only sister. The trumpeter was genuinely interested in the band’s progress and called frequently from New York to monitor—listening to rehearsals through the receiver.  “I think that when he called us,” Wilburn says, from his Los Angeles home, “he was deciding when he’d be ready to play again.” 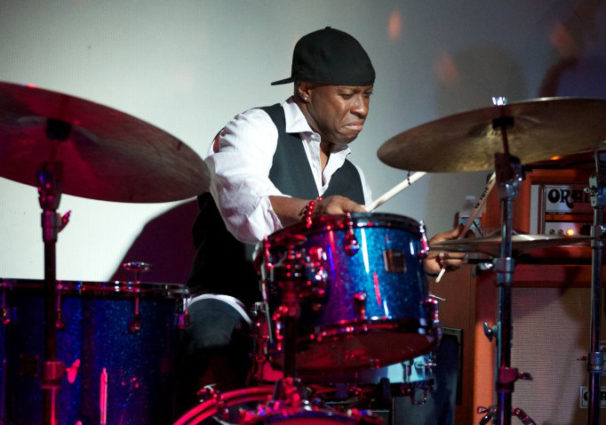 When Davis made a reentry in 1981, the core rhythm section traveled to New York and spent many hours in the studio with him. The result was The Man with the Horn (Columbia ’81), and the beginning of the final Miles Davis era. 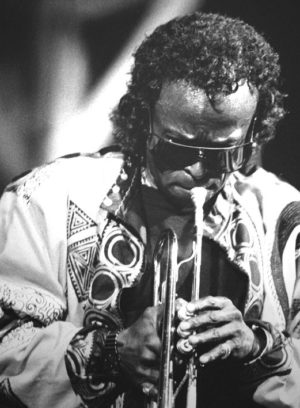 Davis was a subliminal bandleader who gave his sidemen few clues as to what he wanted and what he expected.  “I had lunch with Chick Corea yesterday,” Wilburn relates. “When he joined Miles, he asked about rehearsals. Miles said, ‘No rehearsal; just play what you hear.’ Chick said he didn’t know where the music was going but he went with it. Afterward Miles told him he played his ass off!”

“I told Chick that we’re trying to honor what he and all the other guys who played with Miles did,” Wilburn clarifies, “not imitate it. We’re having fun and we play from the heart.”

The Miles Davis Electric Band has a floating personnel. Wilburn is gratified by the positive response he’s gotten whenever he’s asked trumpet headliners to perform with the band. “It all depends on their touring schedules,” Wilburn advises, “but they’ve all said cool. Of course, each one brings his own ingredients. Christian Scott’s from New Orleans, so he’s got a take that’s unique.”

Asked what he thinks Davis’s most important quality was, Wilburn quickly says, “Just stay open. You never know what you’ll hear that can send you in a new direction. When I played with him, Miles told me to learn James Brown’s ‘Big Payback’ backwards and forward. That’s the kind of musician I want to be.”