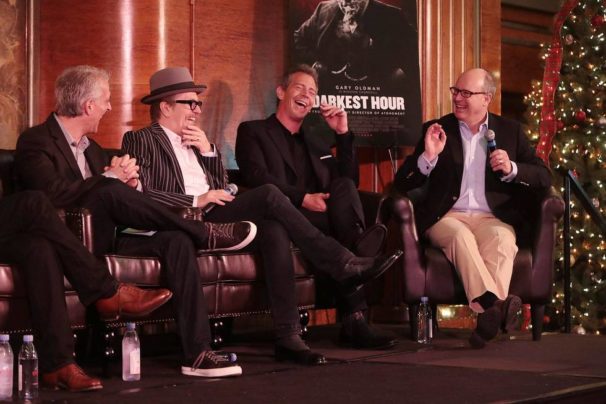 PausePlayPlayPrev|Next
In WWII’s most harrowing days, Prime Minister Winston Churchill made several cross-Atlantic forays to convene with allies on our side of the pond. From the proverbial bowels of the noble Queen Mary, which now rests in retirement in the Port of Long Beach, Churchill persisted in running his war strategy.

A party celebrating Darkest Hour, and debuting a new on-board exhibit, “Their Finest Hours,” featured face time with Darkest Hour mega-actor Gary Oldman. For his subtle and towering performance in this affecting movie Oldman has been nominated for SAG and Golden Globe Awards. Thus far. 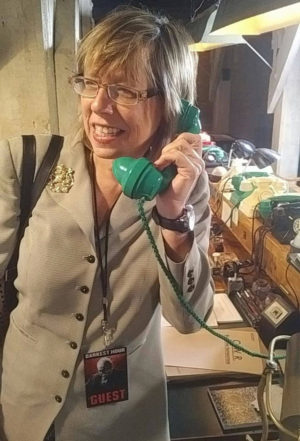 All enjoyed a wonderful panel discussion moderated with finesse by Scott Mantz of Access Hollywood. An all-hands-on-deck premium whiskey tasting and cigar bar then followed.

A wartime arts correspondent put in a quick call to her editor from the phone bank in Churchill’s War Room. The party moored safely. The movie lives on.