‘Delicate and sensitive’ film, ‘The Whales of August,’ in 30th anniversary screening 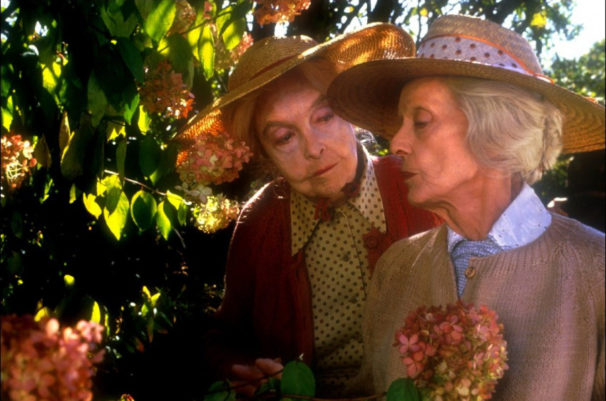 Film producer and marketing executive Mike Kaplan is a friend of arts·meme. This super nice guy is the leading collector of a massive trove of superlative movie musical posters; more to the point, Kaplan’s collection zeroes in on the art of dance as captured in artful movie posters. We like that. 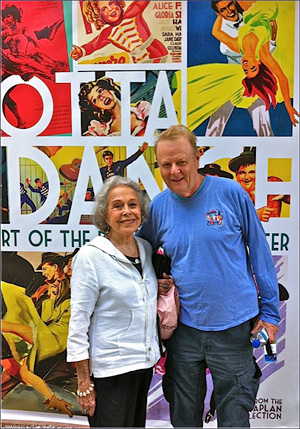 Kaplan published a companion book for his collection “Gotta Dance: The Art of the Dance Movie Poster” in 2015. artsmeme‘s Debra Levine contributed the book’s Foreward to Kaplan’s book.

In 1987, Kaplan produced The Whales of August with a stellar cast of High Hollywood luminaries. Prominently, silent screen legend Lillian Gish and two-time Oscar winner Bette Davis, who play elderly sisters spending the summer on an island off the coast of Maine, struggling with jealousy, loss and regret.

The supporting cast includes Ann Sothern, who earned an Oscar nomination for Best Supporting Actress for her performance in the film, screen veterans Vincent Price (who co-starred with Davis in The Private Lives of Elizabeth and Essex in 1939 and went on to become the master of horror for producer Roger Corman) and Harry Carey Jr., one of the favorite actors of director John Ford.

In the New York Times, Vincent Canby wrote, “With its two beautiful, very different, very characteristic performances by Miss Gish and Davis… Lindsay Anderson’s Whales of August is a cinema event.” Leonard Maltin called it “an exquisitely delicate film,” adding that “Gish and Davis dominate the film, a lifetime of movie memories in each classic face.”

The film and Q&A will be followed by a special bonus screening of revealing interviews with the five principal actors of The Whales of August, filmed on location in Maine.