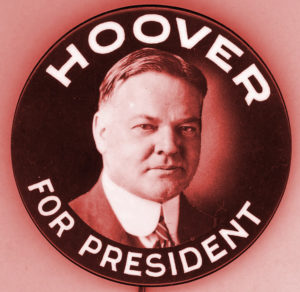 Excerpted from “Lion of Hollywood,” by the award-winning film historian Scott Eyman, whose new book, “Hank and Jim” concerning the lifelong friendship between Henry Fonda and James Stewart will be out in November 2017.

Mayer went all-out for [the reelection of President Herbert] Hoover in 1932. He campaigned for him; he — or, more likely MGM — paid for the lighting, the balloons, and dictated the songs the bands and the organ played during demonstrations at the Republican convention in Chicago. 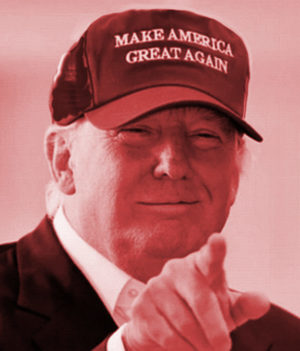 Mayer tried to sway William Randolph Hearst to throw his support to Hoover, but Hearst was appalled at the suggestion:

“Dear Louis: I am sorry but I cannot conscientiously support that man. He is selfish and stupid. He injects himself into the present situation for his own advantage. He will harm his own party, handicap the whole conservative movement, and strengthen the hands of the radicals … If you don’t suppress this hoodoo, your party will lose its chance, too,of electing a Congress as well as a President. His name is an anathema to the American Public.”

In that election, came to the fore Franklin Delano Roosevelt. So the story ended well. Will ours?