Tough guys have centenaries. Robert Mitchum feted on his 100th 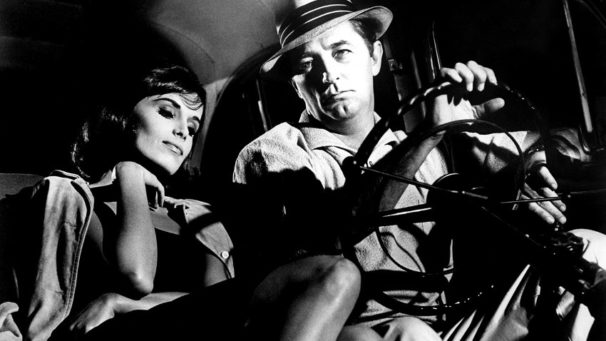 Laemmle Theatres and the Anniversary Classics Series, curated and hosted by film critic Stephen Farber, celebrate the centennial of Hollywood icon Robert Mitchum (b. August 6, 1917) with two of his best roles. Out of the Past (1947, 70th anniversary) and Cape Fear (1962, 55th anniversary).

The double bill is playing at Laemmle Theatres in North Hollywood, Pasadena and Beverly Hills. We’ll be in Bev Hills, because arts·meme friend, Barrie Chase, will introduce the 7:15 screening of Cape Fear. 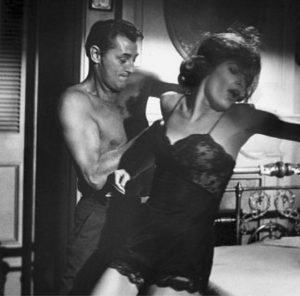 Mitchum was a contract player at RKO when he starred in Out of the Past, directed by Jacques Tourneur with a script by Geoffrey Homes (Daniel Mainwaring), adapting his novel, “Build My Gallows High.” Mitchum plays an ex-private eye entangled in a web of double-dealings by former criminal associates (gangster Kirk Douglas and old flame Jane Greer). Mitchum, described in the New York Times review of the day as “magnificently cheeky and self-assured,” entrenched his cynical, antihero image in this film.

Out of the Past, as author Jeremy Arnold notes in TCM’s The Essentials: 52 Must-See Movies and Why They Matter, is the quintessential film noir. It has a tough hero, a supremely alluring femme fatale, hard-boiled dialogue, a commingling of sex and violence, expressionistic lighting…all set in an ominous world where death and double-cross are the norm.” 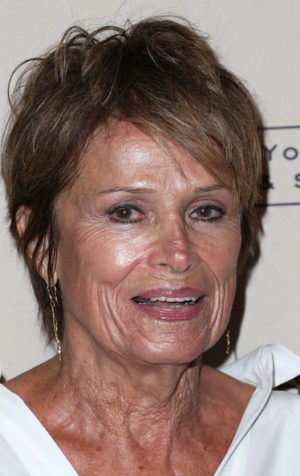 Cape Fear came at the end of the classical black-and-white film noir period (1942-62), and stars Mitchum in his most memorable villainous role, Max Cady. In this adaptation by James R. Webb of James D. MacDonald’s novel, “The Executioners,” an ex-con plots insidious revenge on the lawyer (Gregory Peck) whose testimony sent him to prison. Director J. Lee Thompson was an admirer of Alfred Hitchcock, to whom he paid homage with camera angles and the use of his frequent collaborator, composer Bernard Herrmann, who provided a superbly menacing score. Mitchum was so convincing in the role that co-star Polly Bergen (as Peck’s wife) said she was genuinely frightened in an improvised scene with him. The American Film Institute cited his portrayal of Cady as one of the top 30 “All-Time Screen Villains.”

Cape Fear co-star Barrie Chase had other memorable roles in films of the 1960s, including Stanley Kramer’s It’s A Mad, Mad, Mad, Mad World and Robert Aldrich’s The Flight of the Phoenix. She was a dancer in many hit musical films of the 1950s and co-starred with Fred Astaire in several of his top-rated TV specials.