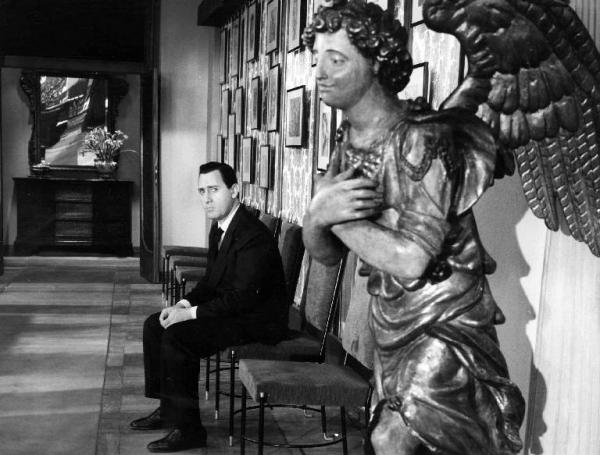 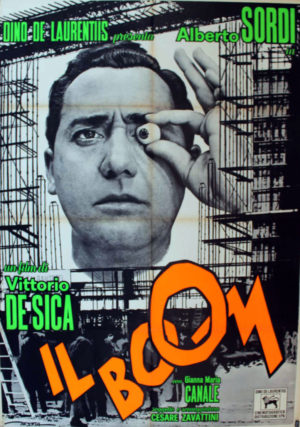 IL BOOM is considered a minor masterpiece of the commedia all’italiana, a mordant form of film comedy that arose in Italy in the late 1950s as a reflection upon the profound moral dilemmas and social contradictions brought about by the so-called Italian “boom” or “economic miracle.”

Giovanni Alberti (Alberto Sordi), a mid-level executive during the economic boom following World War II, goes to absurd lengths to maintain his wife Silvia’s (Gianna Maria Canale) standard of living. When Signora Bausetti (Elena Nicolai), the wife of a wealthy industrialist, makes him an offer that would wipe out all of his debts, Giovanni is faced with an eye-popping dilemma.