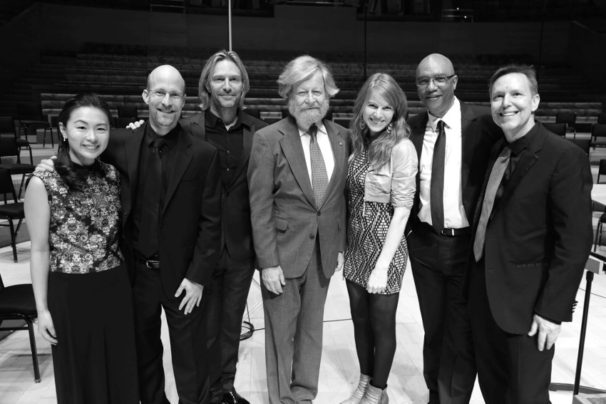 Editor’s note: A guest author on the blog today, Patrick Scott, who shares his observations of Thursday’s performance of the Los Angeles Master Chorale.

Twenty years ago Morten Lauridsen‘s “Lux Aeterna” became an enormous game changer for American choral music. Last night the Los Angeles Master Chorale, hosting the annual Chorus America conference at Disney Hall, celebrated this landmark work performing the orchestra version ravishingly conducted by Grant Gershon. Throughout, the massive chorus shone as the pre-eminent such ensemble in the US. The works on the program’s first half would not likely exist, but for the great success of “Skip” Lauridsen, a member of Jacaranda’s Advisory Council. The heart of the piece is the extraordinarily beautiful a capella setting of “O nata lux,” which justly has a separate life and can be effectively sung by smaller groups.

Three years ago Mark Alan Hilt and I fell hard for the austere but radiantly colored “Iri da Iri” by Esa-Pekka Salonen that opened the concert with great clouds of tiny intervals shifting miraculously. 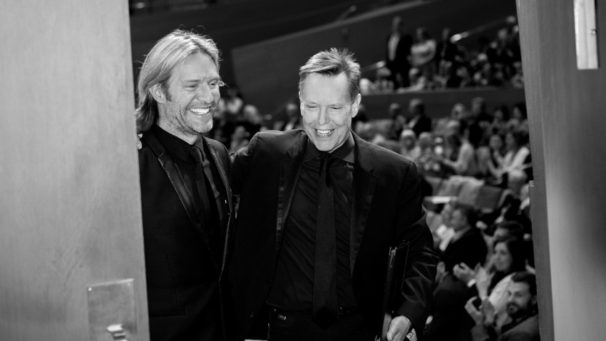 Salonen’s sort of compositional rigor returned with Eric Whitacre‘s “I Fall”, but infused the music with deep emotion. The marriage of text and music was as deft as it was overwhelmingly effective. Whitacre is a composer I have admired more than liked — this work changed all that.

Hard act to follow though it was, LAMC member & resident composer Shawn Kirchner‘s “Heavenly Home: Three American Songs” brought the first half to a rousing and riveting close. The chorus embraced it with soulful gusto and delivered a perfectly paced triptych that burned its way into the hearts of a cheering, stomping standing room only crowd.

Announced at the concert was the wonderful news that the Master Chorale has been inducted into the American Classical Music Hall of Fame. What a glorious night!

Patrick Scott is the Artistic & Executive Director of Jacaranda, a concert series based in Santa Monica launching its 15th season October 21.