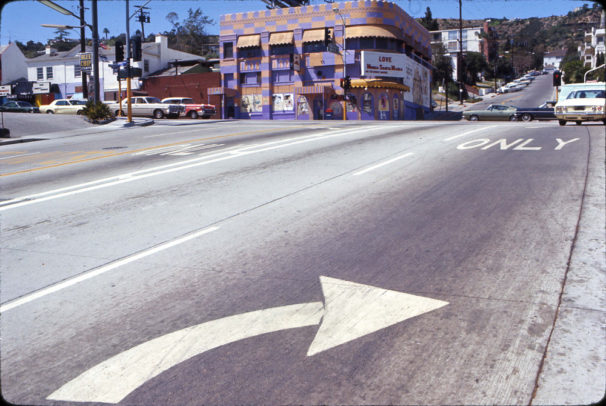 editor’s note
: Harvey Kubernik’s new coffeetable tome, 1967: A Complete Rock Music History of the Summer of Love (Sterling), is a both a scholarly examination and a sensuous immersion into the pivotal year in 1960s youth culture through a mosaic of voices. Kirk Silsbee’s sidebars from his essay in the book, excerpted and condensed here, identify the important music venues of the Hollywood Renaissance.

Ed Pearl’s 100-seat Ash Grove on Melrose Avenue in West Hollywood began as a folk-and-coffee garret that became the most important West Coast outpost for folk, blues, ethnic and roots music of all kinds. 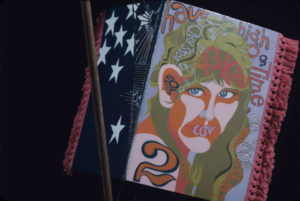 The Whisky à Go Go was Hollywood’s central rock venue. In the wake of the Pandora’s Box dust-up that inspired “For What It’s Worth,” the city revoked the Whisky’s dance license. Owner Elmer Valentine reacted by booking black headliners onto the mostly all-white Strip: the Miracles, the Temptations, Gladys Knight and the Pips, Martha and the Vandellas, the Four Tops, the Impressions, Bo Diddley, Hugh Masekela, jazz organist Jimmy Smith and Jackie Wilson. The Doors were installed in May but when Sam and Dave didn’t do well with their week in June, Jimi Hendrix—fresh from his Monterey Pop triumph–was added to the bill. Cream, another power trio, played its most intimate SoCal venue ever in September. By the end of the year the Whisky was the essential launching pad for rock bands.

Kaleidoscope, the floating psychedelic dance club operated by John Hartmann (later to manage Crosby, Stills and Nash), Skip Taylor and Gary Essert (before he founded and helmed Filmex), finally landed on the site of the old Earl Carroll’s, across the street from the Palladium. The rotating stage and 360-degree light show was part of the “total environment” experience. Though it opened with Jefferson Airplane, Canned Heat, Kaleidoscope would burn brightest in 1968. 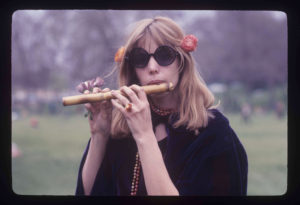 Some of the weird scenes inside that pulsating goldmine: Playmate of the Month Angela Dorian was photographed frugging for her September spread, and Strawberry Alarm Clock was filmed for the movie Psych Out. Buffalo Springfield and the Watts 103rd St. Rhythm Band shared an improbable bill. And Arizona transplants the Spiders became the house band before they morphed into Alice Cooper.

‘The Summer of Love Turns 50’ film fest: As a nod to recurring “Summer of Love” fever, the American Cinematheque presents a pop-up 1960s mini film fest.

One comment on “Weird scenes inside the goldmine: L.A.’s 1967 rock venues”