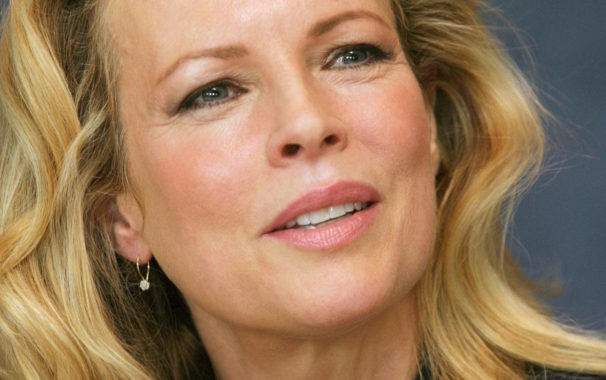 In a tribute to Oscar-winning writer-director Curtis Hanson, who sadly passed away in September 2016, lovely actress Kim Basinger will appear in person for a 20th anniversary screening of the film noir masterpiece, L.A. Confidential  (1997) hosted by Laemmle Theatres and the Anniversary Classics Series.

Based on James Ellroy’s acclaimed novel, the film focuses on Los Angeles police officers in the 1950s, whose investigations of several murders intersect with the worlds of Hollywood celebrities, scandal sheets, and organized crime. The startling critique of police brutality, racism, and corruption remains timely and hard-hitting.

Hanson, a classic film enthusiast as well as filmmaker, screened several films made in the 1950s for the cast and crew in order to encourage their dedication to authenticity. Curtis Hanson’s many other films as director include The Bedroom Window, The Hand That Rocks the Cradle, The River Wild, Wonder Boys, 8 Mile, and In Her Shoes.

Basinger co-starred in the James Bond movie, Never Say Never Again, and had one of her biggest successes as Vicki Vale in Tim Burton’s Batman in 1989. Her many other films include Barry Levinson’s The Natural starring Robert Redford, Robert Altman’s Fool for Love, the controversial 9 ½ Weeks with Mickey Rourke, Robert Benton’s Nadine with Jeff Bridges, the remake of The Getaway, The Door in the Floor, and I Dreamed of Africa. She reunited with Hanson for 8 Mile, and she reunited with her L.A. Confidential co-star, Russell Crowe, in Shane Black’s The Nice Guys in 2016.

L.A. Confidential was nominated for nine Academy Awards in 1997 (including Best Picture and Best Director) and won two Oscars, Best Supporting Actress for Basinger and Best Adapted Screenplay for Hanson and Brian Helgeland.