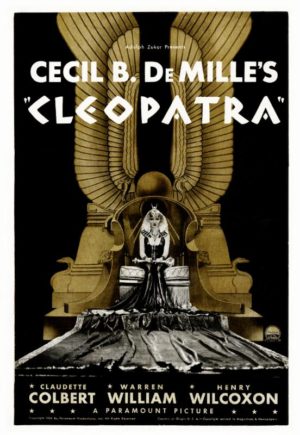 On May 1, 2017, Hollywood Heritage, the TCL Chinese Theatre, and NBCUniversal will celebrate the 90th Anniversary of the opening of the Chinese Theatre.

It was known then, and for many still is nostalgically remembered as Grauman’s Chinese. 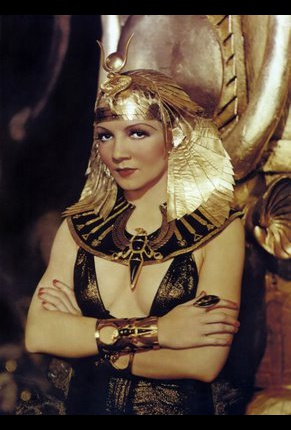 The birthday bash will feature the premier presentation of a newly restored print of Cecil B. DeMille’s “Cleopatra” (1934) — a captivating film.

DeMille’s version of the Cleopatra story starring Claudette Colbert as the legendary siren of the Nile was a critical and financial success for Paramount Pictures.

“Cleopatra” received several Academy Award nominations and was given the Best Cinematography award.

It was singled out as a “sumptuous historic drama, ” and one of the director’s most ambitious spectacles.

The film is noted for extensive Art Deco-inspired sets by Hans Dreier and  beautiful costumes for Colbert designed by Travis Banton.

No expense was spared in the legendary seduction scene set on the queen’s barge as it sails down the Nile. Heave-ho, down the Nile — at the Chinese. 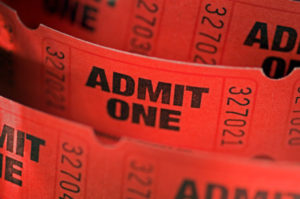 If you would like a pair of free tickets, with a $40 value, then follow these simple two-step instructions:

1) have two of your friends register for our fun newsletter. Can be YOU and a friend if you are not yet a subscriber. The subscriber form is at the top right-hand corner of the blog. Must be new subscribers to artsmeme!

2) email the names of the two friends and yourself to US at contact@artsmeme.com.

We’ll let you know very quickly if you have won the tickets! Good luck!