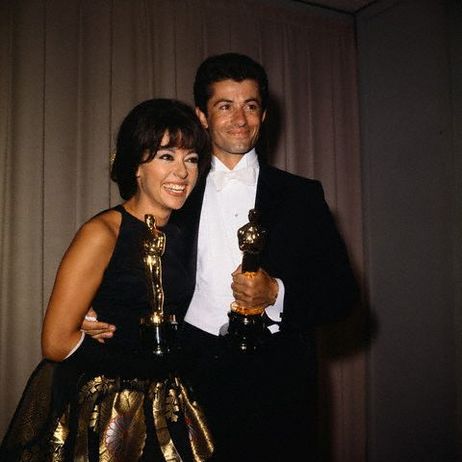 As Oscar Sunday approaches, we turn to the year when two beautiful young singer/dancers both won Academy Awards for West Side Story.

George Chakiris and Rita Moreno, respective winners for Best Actor and Actress in a Supporting Role, appeared stunningly beautiful at the ceremony
April 9, 1962 at the Santa Monica Civic Auditorium. 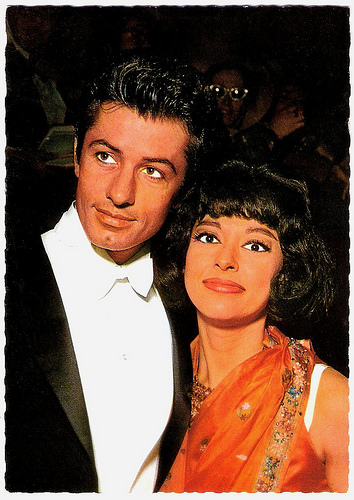 This is Oscar fashion.

As Chakiris, a friend of arts·meme, points out, “We had to wear tails.” Young people: that means white tie and tuxedo tails.

The following year, the duo returned to the ceremony as award presenters. Moreno donned an Indian sari. How cool is that?

Class~! They look like silent movie stars — Valentino and his consort, Natasha Rambova.

Chakiris is set to share WSS tales with the young cast of Valley Performing Arts Center‘s West Side Story production, opening on March 10.

Moreno brings her one-woman show to the Musco Center for the Arts March 11.