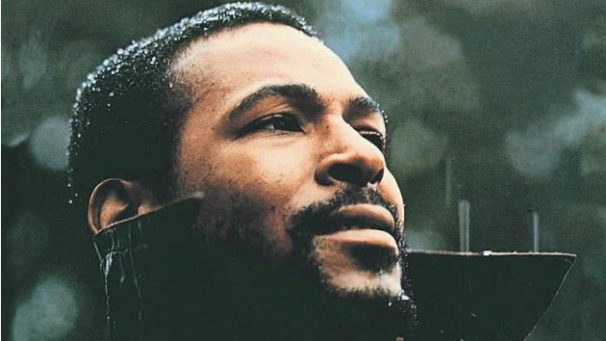 Boogieing with insouciance, without so much as a glance at the performing artist — that would be Marvin Gaye — is arts·meme friend Steve Vilarino.

Steve has his moment in the Zelig world as a studio dancer on Hollywood A Go Go, the short-lived television teen dance program dating from the mid 1960s.

Steve’s aged 15 in the clip, but looks ever more mature in his smart white suit and ‘Madmen” narrow black tie.

Somehow, Steve winnowed his way close to the stage as Marvelous Marvin lip-synced his way through “Can I Get a Witness.”

Next up, same jacket, same black tie, same cool-guy attitude, Steve Vilarino does the pony, jerk and mashed potato to Gaye’s “Ain’t That Peculiar” — a Marvin Gaye query to which we reply, yes it most certainly is!

Hollywood A Go-Go was a brief-running (52 episodes) Los Angeles-based music variety show that ran in syndication in the mid-1960s. The program originated as a local series, Ninth Street West, on KHJ-TV (Channel 9) in 1964. As Hollywood A Go-Go, it was syndicated in early 1965 and ceased production in 1966, with some television stations airing the show as late as the summer of 1966.

Love it! So will our friend Julie Malnig, the NYU professor, a cultural historian of theatre and dance performance who is researching teen dance shows and their ilk. Julie, enjoy.