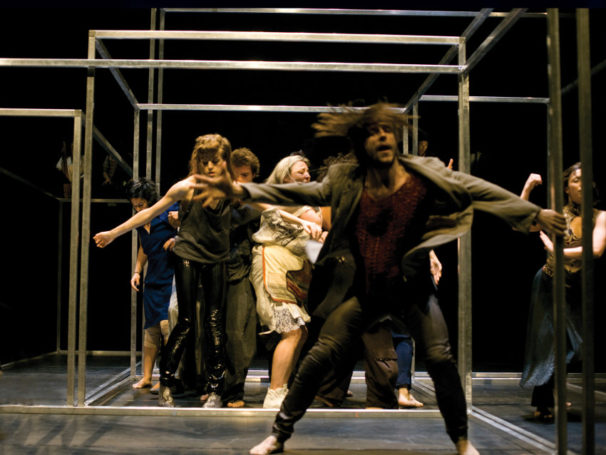 I’m interested — who isn’t? — in the changing ways in which society is communicating. And I wonder how dance can play an active role as, increasingly, words matter less and the visual (and visceral) matters more.

So I’m looking forward to “Babel(words),” a new telling of the tale of Babel by choreographer Sidi Larbi Cherkauoi soon presented at the Lincoln Center White Light Festival.

The festival purports to focus on our humanity in an increasingly fractious world — where communication, compassion, and creative expression remain vital for survival.

In the biblical fable of Babel, God confuses the languages of people attempting to build a tower to heaven. For this exceptionally apt modern retelling, choreographers Sidi Larbi Cherkaoui and Damien Jalet explore the obstacles to communication that have led us to a deepening fragmentation of humanity. Raw vocalizations and explosive drums ricochet off walls imagined by sculptor Antony Gormley. A visceral clash of cultures erupts, yielding either chaos or enlightenment.