It’s a decade, this year, for the annual German Currents film festival in Los Angeles, co-sponsored by The Goethe Institute and the American Cinematheque.

Fittingly, the program has been expanded to include 10 Los Angeles premieres, peppered with conversations with prolific German directors, writers and actors. 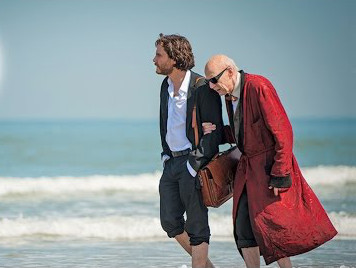 Award winning director Wolfgang Becker (“Good Bye Lenin!”) will open the festival at the Egyptian Theatre with “Me and Kaminski,” starring Daniel Brühl.

Failing arts journalist Sebastian Zöllner (Brühl) believes he has the perfect subject to jump-start his failing career: painter Manuel Kaminski (Christensen), in the twilight of his years. Hoping to earn Kaminski’s trust, Zöllner leads the artist on a journey to visit Kaminski’s lost love, Therese. The script, based on Daniel Kehlmann’s bestselling novel of the same name, deftly balances its comic moments with thoughtful ruminations on art and regret.

Scheduled films of the four-day festival include other highlights: