“All of Jerry’s choreography in this film is dialogue. It’s feeling. It’s not just dance steps.” So said George Chakiris apropos the choreography of Jerome Robbins, during “A Conversation with George Chakiris” at The Ellen Theater in Bozeman, Montana, in 2015.

Robbins personally cast Chakiris as Bernardo, leader of the Sharks gang, for West Side Story, the movie. Prior to that George appeared for 18 months as Jets gang leader Riff in the London production of the groundbreaking musical. 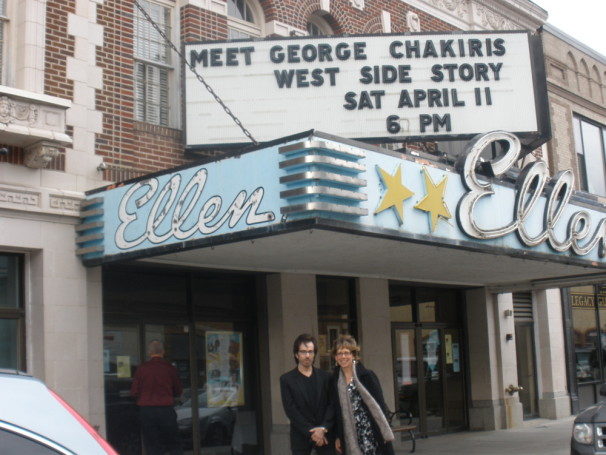 Thank you, The Ellen Theatre.