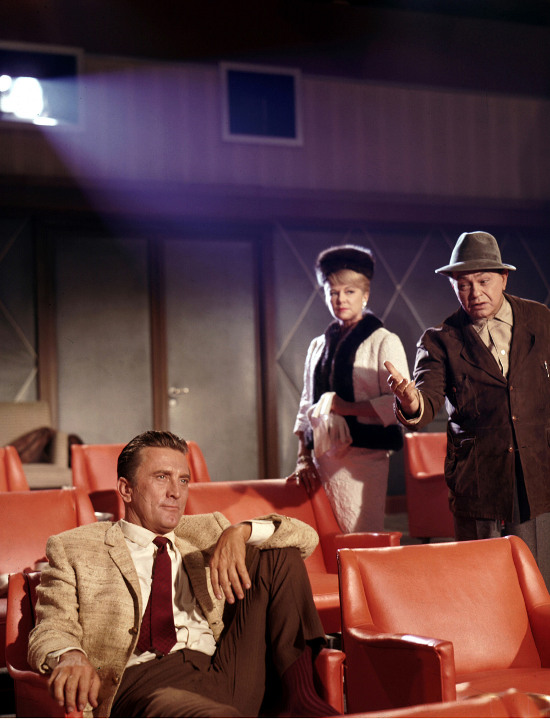 A crazy-good pairing of movies, both which pull the audience behind the camera and into the world of film creativity, will close UCLA’s Kirk Douglas: A Centennial Celebration. Both flicks are biting fun, tongue-in-cheek. Both are directed by Vincente Minnelli. Both star Kirk Douglas.

TWO WEEKS IN ANOTHER TOWN (1962) concerns the wild-and-crazy scene filming foreign features in Italy in the sixties. It’s paired as a double-bill with Minnelli’s marvelous Hollywood melodrama concocted one decade prior, THE BAD AND THE BEAUTIFUL (1952).

In ‘Two Weeks,’ Jack Andrus (Douglas) is a washed-up actor whose reckless living effectively ended his career. Summoned to Rome by Maurice Kruger (Edward G. Robinson), his onetime director and friend, Jack is unenthused about the opportunity to coach actors in dubbing films to English. But when Kruger is taken ill and Jack is given the opportunity to direct, he comes alive, stepping up creatively, and taking time to experience integrity, friendship and love.