Kirk Douglas, the actor and the man

A guest writer on the blog, Shannon Kelley, Head of Public Programs for the UCLA Film & Television Archive, contributes this appreciation of actor Kirk Douglas. The Archive is mid-stream in a comprehensive Douglas retrospective that runs through September. 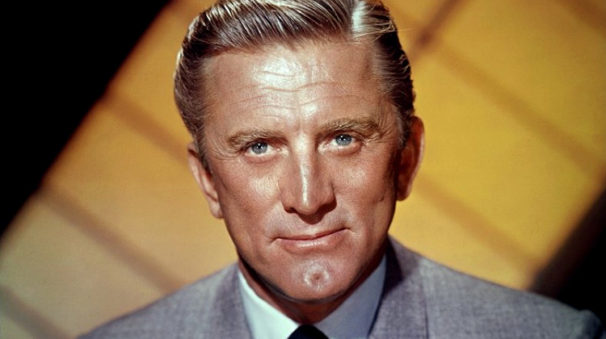 KIRK DOUGLAS: A CENTENNIAL CELEBRATION, commemorates the career and the life of the great Hollywood star, who marks his centennial later this year. At 100, Mr. Douglas is still a vital and inspiring member of the American film community and establishment, as well as an inspiration to audiences and filmmakers worldwide.

This tribute launches July 8, with a screening of Vincente Minnelli’s extraordinary LUST FOR LIFE from 1956, and closes with another Minnelli night on September 30, the last program of the calendar:  a double feature of 1952’s THE BAD AND THE BEAUTIFUL and 1962’s TWO WEEKS IN ANOTHER TOWN.

We’ll revisit important milestones in Mr. Douglas’ storied career by means of 25 feature films, exhibited in single and double features, and featuring his collaborations with directors Billy Wilder, Michael Curtiz, William Wyler, John Sturges, Anthony Mann, King Vidor, Lewis Milestone, and other essential auteurs. Kirk Douglas himself pops up as one of the directors in this roster. Along the way we’ll be sampling both cherished classics and lesser-known gems from Mr. Douglas’ remarkable filmography, and doing our best to account for his durability as a screen personality and a creative force. 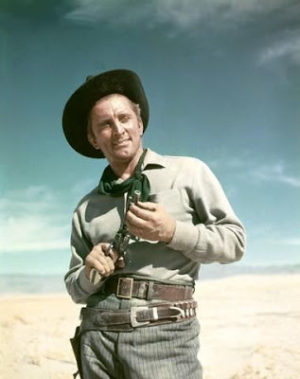 Accounting for Kirk Douglas’ durability as a human being is beyond the expertise of our department. But his sterling activism, philanthropic benevolence, expansive intellectual and spiritual vigor, energetic writing and blogging, his general embrace of the new, and his public courage in the face of disabling disease, display a true lust for life seldom seen and are as worthy of celebration as his remarkable artistry and his contributions to American and world cinema culture.

A three-time Oscar nominee, he was recognized by the Academy of Motion Picture Arts and Sciences in 1996 with an honorary award for 50 years as a creative and moral force in the motion picture community. Multiple-awarded, in fact, Douglas has been a popular favorite whose talents, and appeal moved easily between rip-roaring Westerns, smoldering films-noir, expansive period epics and delicate melodramas – just a few of the realms he conquered.

His distinctive looks (one cannot neglect to mention the world’s most famous dimpled-chin), strapping physique and intense energy, brilliantly attenuated in both physically active and quiet, cerebral roles, would have been enough to certify and enshrine him as a star. Added to these, however, the reach of his intelligence and curiosity, his instinct for the worthwhile risk, and his appreciation of irony, tragedy and morality, made of him the towering and still-relevant figure he represents today.

Coming quickly to fame in the postwar years, Douglas carved a niche as an electric and authentic personality, adept at enacting the suffering of sidelined, wounded and lost souls who were capable of heroic stature, but not in artificial or abstract terms. Rather, his understanding of the capacities of the ordinary human soul suggests a moral force that awakens audiences’ recognition of their own capacity for sorrow, transcendence, and moral victory. 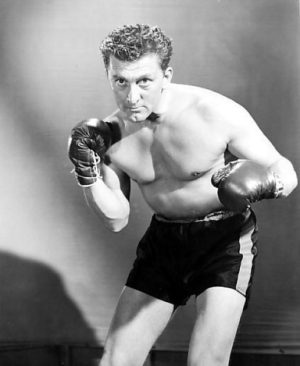 Born to a humble, Russian immigrant family, Douglas rose to fame, and then power, through industriousness worthy of Horatio Alger. But his career was never so much a career for its own sake, as a journey mapped by moral and artistic ambition and curiosity, evident in his preference for such an eccentric, independent project as 1949’s boxing story CHAMPION (another Oscar-nominated performance) when the studio meant to groom him for a more glamorous line of acting, and later, his famous insistence as a producer upon employing and crediting the long-blacklisted writer Dalton Trumbo for 1960’s SPARTACUS, driving a stake into the heart of the blacklist, and handing audiences a lasting and resonant human document.

Don’t miss Douglas’ and Trumbo’s later collaboration, LONELY ARE THE BRAVE, screening on August 20. Thank heaven that an artist of such moral fiber also came equipped with a breezy buoyancy and a refreshingly self-deprecating sense of humor, on delightful display in such outings as THE BIG SKY, POSSE and 20,000 LEAGUES UNDER THE SEA. 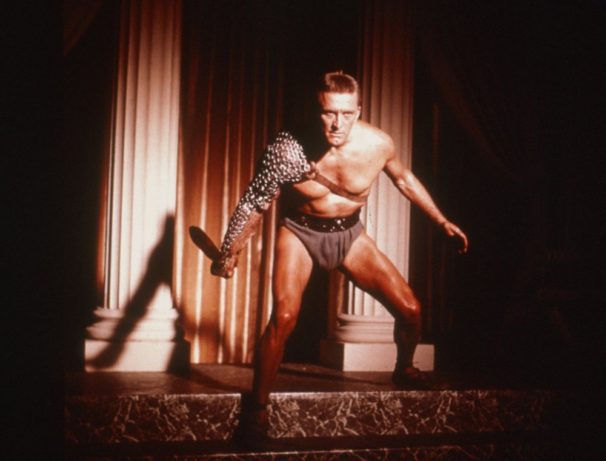 For his many gifts, and gifts to us, we are pleased and proud to honor Kirk Douglas on the occasion of his centennial year.