We’re just about two weeks to blast-off for one of our favorite events of the annual calendar, the popular, fun and stimulating Dance Camera West film festival, an event that touches many in the dance community. The festival this year celebrates a biggie, its 15th anniversary, and a new association with the Center for the Art of Performance at UCLA.

Before the big weekend (June 16-18) kicks off in earnest, festival director Tonia Barber, a good hostess, is offering her audience a tasty appetizer: a “pre-Festival” triple-bill slated for the cool subterranean screening room at The Museum of Contemporary Art in downtown Los Angeles on June 11. 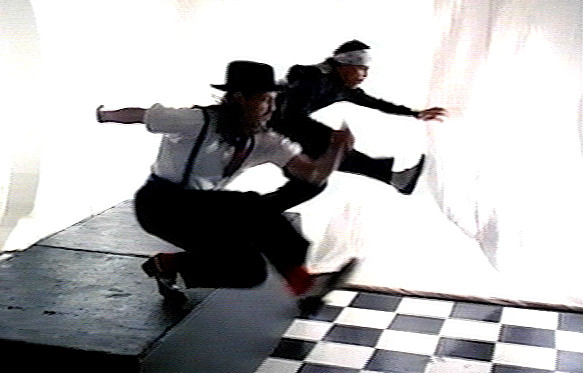 We chatted with Barber by phone about the make-up of her program.

“The June 11 program surveys the past, present, and future of hip-hop,” she explained.

“The opening film uncovers the form’s fascinating Los Angeles history. The Memphis jookin’ film represents the present. It’s strongly tied into Memphis, how they are using dance within their community to make change and take it to a higher level.”

“The French ‘Mathematrix’ film shows the future. It’s truly a musical without song—or words. It tells a day in the life of a high-schooler, all told through dance.”

Barber, the mother of three, is particularly keyed into issues about today’s youth. “She [director Etienne Li] must have 25-30 dancers going on at a time. The story is told through gesture and hip-hop, so they cut from scene to scene telling a day in the life… young teenagers are the performers. It’s beautifully shot, even using crane shots. It’s kind of a statement on the lives of high schoolers told through gestures — and how we speak to each other through our bodies. I think it is an interesting and brave film-making comment.”

Pharaohs of Memphis
Phoebe Driscoll, USA, 2014, (56 min)
Origins of Jookin’, a form of dance that originated in Memphis in the 80’s to keep gang warfare at bay 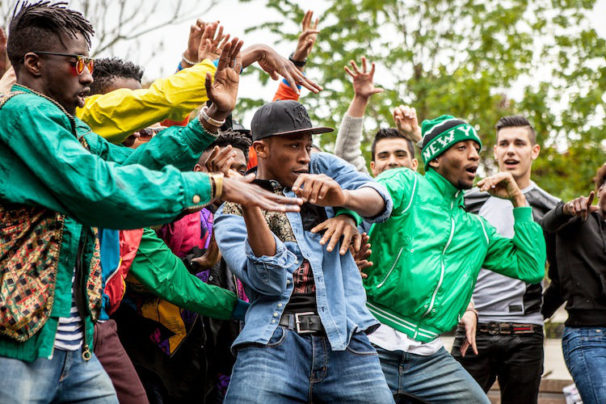