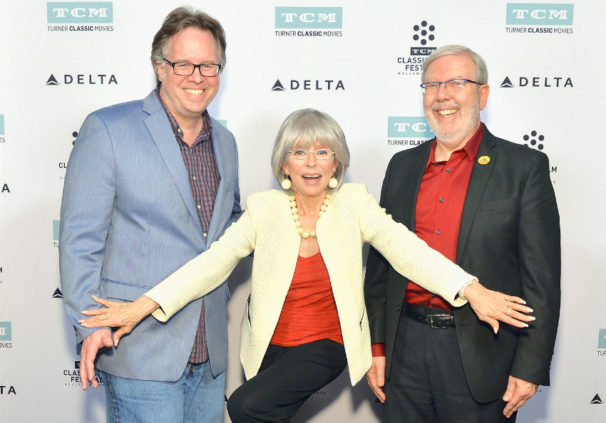 The fun of the TCM Classic Film Festival [arts•meme has covered since 2010] is the sheer range of offerings, from obscure rarities to Oscar-anointed hits. Three of my favorite events from this year’s festival featured memorable guest appearances.

The Yearling was shown in a magnificent 35mm print from The George Eastman House. Not all studio preserved prints are so pristine, but this movie—one of the first Hollywood movies shot on location (in Florida, where Marjorie Kinnan Rawlings set her story)—looked gorgeous. It was easy to see why it won the Oscars for color cinematography and art direction in 1946. The film was part of a TCM sidebar on animals in film (Lassie Come Home and Old Yeller were also showcased), and The Yearling features not only the title character, but a bear, several dogs and birds, and a nasty rattlesnake. 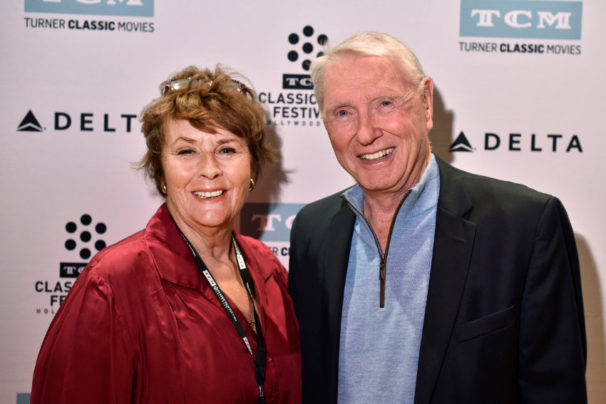 Of course the human characters were also vividly limned in Rawlings’ novel and expertly brought to life by Gregory Peck and Jane Wyman, both of whom were Oscar nominated for their performances. But the Academy gave a special statuette to the true star of the film, Claude Jarman Jr., who played the young hero, Jody. Jarman (who also appeared at a screening of Rio Grande that I hosted at Laemmle Theatres in January) was there for the TCM screening. He recalled meeting director Clarence Brown, who was determined to hire a real Southern boy rather than an experienced child actor to play the role. Brown interviewed him at his school in Nashville, Tennessee, met his parents, and offered him the part. 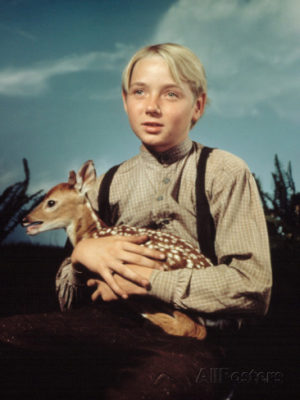 Jarman recalled what a demanding role it was, since Jody is in virtually every scene of the film.  “And we did an average of 20 takes for each scene,” he said. “For the scene of the fawn following Jody, we must have done 150 takes.” Jarman also said that it had been hard for him to watch the film because of the emotional demands it made on him, especially in the climactic scene where the family is forced to kill the deer in order to save their homestead. But Jarman watched the movie with the TCM audience and was thrilled to see it on the big screen. He also acknowledged another former child star in the audience—actress Margaret O’Brien, who had attended the MGM school with him in the 1940s, along with Elizabeth Taylor, Jane Powell, and several others. 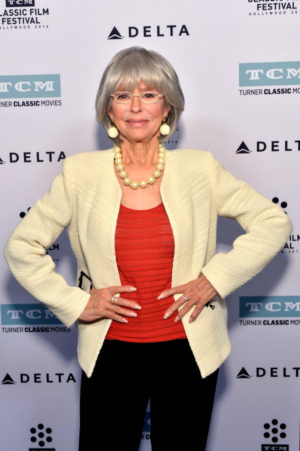 From the late 19th century setting of The Yearling, I traveled back a couple of decades and a few thousand miles across the world to the kingdom of Siam in the 1860s. The King and I was one of the hottest tickets at this year’s festival, shown in the large Chinese theater to a packed auditorium. Certainly this 1956 Oscar winner looked and sounded great in this widescreen presentation. Purists noted that one of the Rodgers-and-Hammerstein songs, “I Have Dreamed,” was cut from the movie version, but the rest of the music was superbly presented, even if partially dubbed by the hard working Marni Nixon.

A special treat was the opportunity to meet the feisty Rita Moreno before the screening. Host Leonard Maltin noted that she appeared in three of the greatest movie musicals—West Side Story (for which she won an Oscar), Singin’ in the Rain (one of her first screen appearances), and The King and I, in which she plays Tuptim, the lovelorn concubine who stages the Siamese variation on Uncle Tom’s Cabin, choreographed by the brilliant Jerome Robbins. Moreno reported that it was her work with Robbins on the film that led him to remember her when he and co-director Robert Wise were casting the role of Anita in West Side Story. 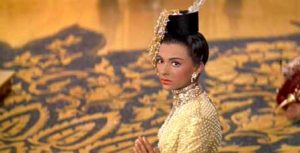 When Maltin asked her if she got any help from director Walter Lang, Moreno responded bluntly, “No!”  (Lang was a 20th Century-Fox contract director who was not especially known for his rapport with actors.) But she confessed that she did receive a good deal of guidance from co-stars Yul Brynner and Deborah Kerr. Sisterly advice was not all that she received from Kerr.  “She was filthy,” Moreno laughed. “She wore panties with naughty sayings on them. She’d often call me into her trailer and say, ‘Rita, I want to show you something,’ and she’d throw her dress up over her head to show me what she was wearing. Those gals from England were really raucous broads.”

Moreno recalls that at the time of the movie’s premiere, she was juggling romances with Marlon Brando and Elvis Presley, but she stopped short of intimate details. “Read the book!” she admonished audience members, referring to her autobiography, published in 2014. She seemed delighted that her career is still going strong. “I’m 84, and I have no intention of slowing down,” she exclaimed. 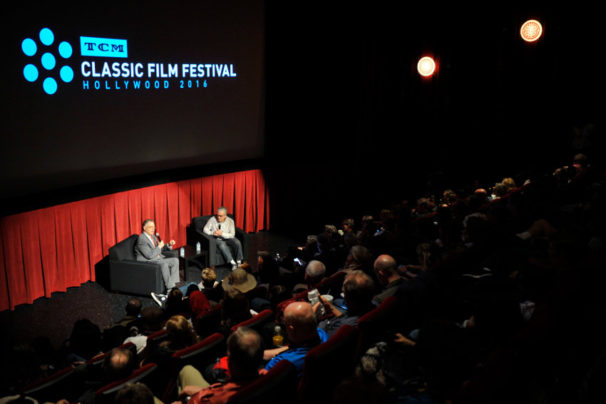 These two high-profile screenings were among the highlights of the TCM weekend, but the festival also prides itself on what it calls “discoveries.” One of these was a very early film directed by William Wyler, A House Divided, made in 1931. It starred Walter Huston, who would later make one of Wyler’s most memorable movies, Dodsworth. Budding screenwriter John Huston, Walter’s son, provided much of the dialogue for his father. Film noir expert Eddie Muller, who introduced the screening, noted the influence of Eugene O’Neill’s play, Desire Under the Elms, which had its premiere a few years earlier with Walter Huston in the cast.  In A House Divided, Huston plays a widower who orders a mail order bride (Helen Chandler); she then falls in love with his son (Kent Douglass). The intense father-son rivalry is suffused with twisted Freudian undercurrents, especially when a crippled Huston crawls up the stairs to spy on his wife and son in their bedroom.

Muller and David Wyler, the director’s son, pointed out the striking cinematic qualities of this early sound film, at a time when many movies were static. The opening sequence, when the coffin of Huston’s first wife is carried from the sea to a small, windswept cemetery, is remarkably designed. Although the middle sections of the film are rather sluggish, the climactic scenes again burn with cinematic energy. This fascinating film was restored just recently and will also be showcased this month during a series of early Universal movies selected by Dave Kehr for The Museum of Modern Art in New York. A House Divided demonstrates the forceful personality of a rising director as well as the power of a theater actor conquering the new medium of film.